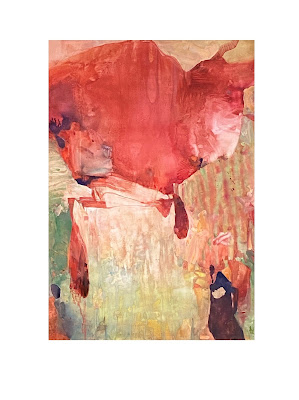 No title yet but I`ll be patient waiting for it. A friend saw tears and I do too but I don`t think it`s mournful. Not consciously anyway. In fact I`m getting excited about the election. Deliverance at last! The 4 year nightmare is almost over. It`s my belief that a majority of citizens will not only reject the president but also the Republican Party which enabled this tragedy. Democrats are spooked because of the last time of course but everything is different this election. We have seen what he will do and it is not acceptable. I`m confident in this because of the high turnout for the midterms when Democrats won 41 house seats. That was before Covid. Before impeachment. I`m confident that most Americans are so sick of the drama and incompetence of this administration, they`re desperate for it to end. 225,000 are dead in these last seven months from the corona virus yet it didn`t have to be like this. It will be a wild couple of months waiting for the inauguration of the new president. Trump is a sick insecure man. That is the most dangerous kind. But with a new day in sight, I believe better minds will constrain him. I sure hope so. 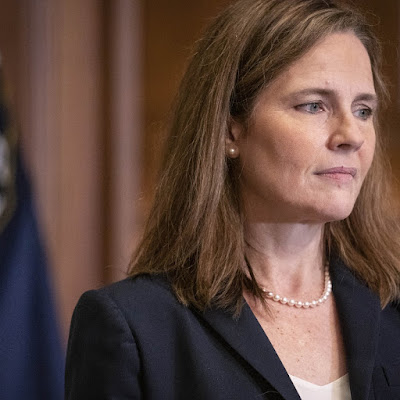 Photograph: REX/Shutterstock
Amy Coney Barrett was just confirmed as the newest Justice on the Supreme Court. Conservatives are jubilant. Presumably because hers would be another anti-abortion vote. I would just hope that this majority for 'life' think long and hard about restricting such a fundamental right. I have trouble imaging a more spiritual issue than a woman`s autonomy over her own body. Her right to decide when, if ever, she will bring a new life into the world. Allow her body to contain and support that life.
Make no mistake, if Roe v. Wade is invalidated, it will not end abortion. It will only make them dangerous. Throughout human history women have taken great risks to decide this matter for themselves. Rightfully so. 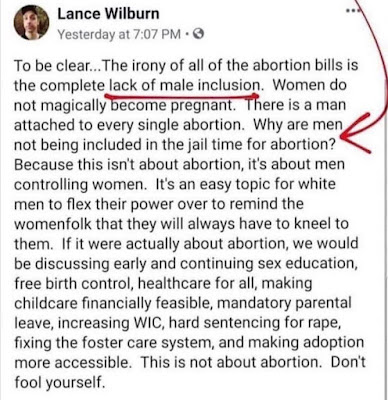 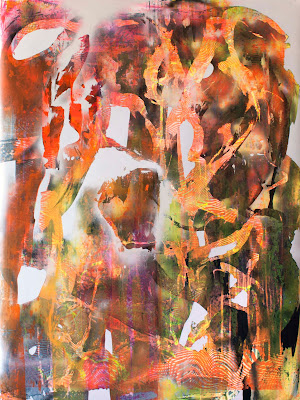 by Chris Trueman
Chris is my new painting crush. His work is process driven but edited throughout by a discerning sensibility. It is visually mesmerizing and joyful. Even watching him paint in this video, I still can`t figure out how he does it but I`m going to. He works a lot on Yupo and makes the most of its ability to reflect light back through the paint layers. 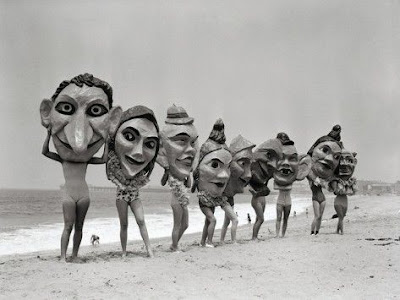 click HERE for work for sale in my studio