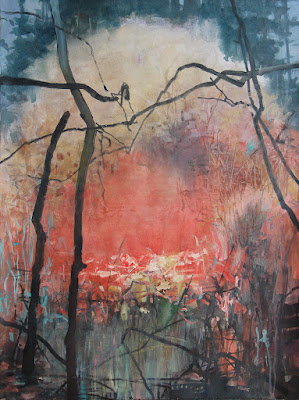 From Across the Meadow watermedia on paper 30x22 inches, 76x56 cm


Last week I worked with a local group of watermedia artists for the fourth time. They are extremely nice, pay well and listen carefully. I wasn`t at all nervous even though I rarely teach.  I wanted to show them something they may not have thought of. The idea came to me out of necessity as a way to anchor a complicated composition when my first movements cover everything in a messy wet layer. We painted from a drawing we did of a photo. Sounds dumb and I don`t do it often but the group was game; 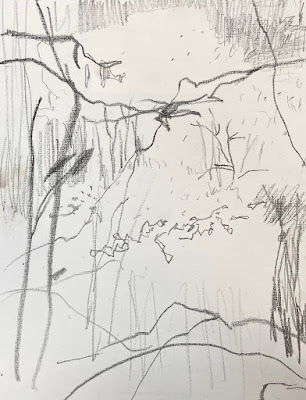 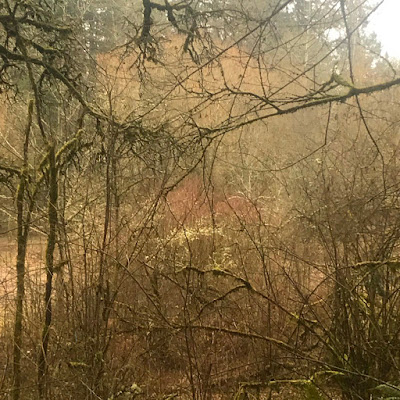 
As I painted I found myself glancing at the drawing more than I expected. It was just the center of the photo I was interested in and drew.
Nearly every representational painter uses photography in some way. Including more of the artists interpretation was the point I was making with this extra step.
This had me thinking about other educational matters this past week. 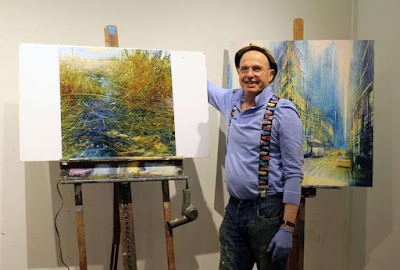 
I learned this fellow, who I`ve become acquainted with on Instagram because we both love wetlands, is the ultimate educator. Somehow he managed to have an award winning series on PBS that I was ignorant of.
In a comment on one of David`s paintings I said I`d love to watch him paint. He replies I can by going to his web page. I do and yes indeed he has many instructional videos, online workshops, the TV programs and several free Youtubes. I choose one randomly, an 11 minute video about painting water lilies at Monet`s home in Giverny France. He doesn`t mess around. Almost instantly he`s introducing principles that probably took me years to figure out. He has me thinking I should have stayed in school! My hermetic inclination may not have been so wise. But who knows? When I was art school age, conceptual art was dominant. A close cousin was majoring in fine arts at a California University and her reports were bewildering. It did not appeal to me at all. What did, was holing up somewhere beautiful and painting landscapes. So I did and with a determined independence too.
David Dunlop seems to have spent his time making art understandable and yet also painting his own unique vision. 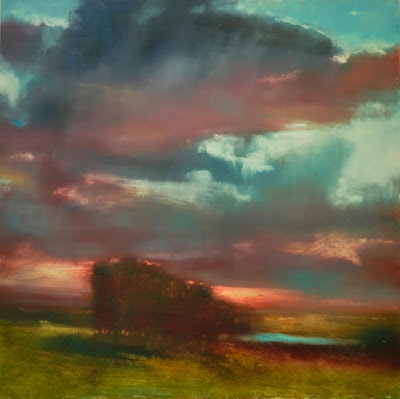 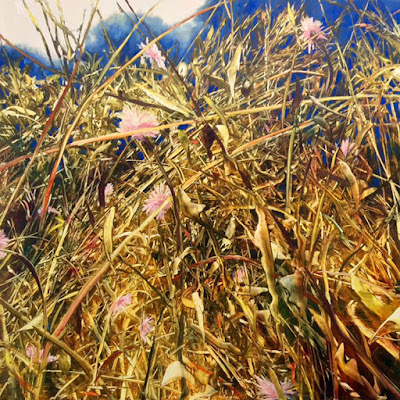 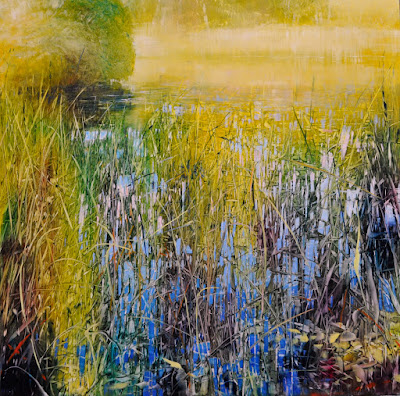 The wonderful painter Michael Ferguson is back showing at the Attic too!
The gallery has expanded which is a good sign of health. 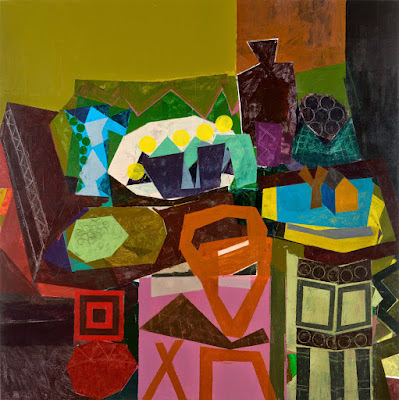 
More food for thought [for painters]. Read Ken`s Studio Notes from the great blog Painting Perceptions. It`s a stream of consciousness ramble about the mind in its relation to painting. Most of his observations have never occurred to me but I was fascinated by his analysis. 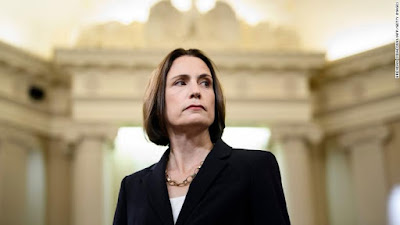 She is an American hero! This is why America is great! A young woman from the north of England comes to this country for opportunities unavailable to her in the UK because of her working class background. She excels and chooses to serve her adopted country as a diplomat.
At the impeachment hearings she says the one thing that explains this big mess. The president and his Republican protectors are doing the bidding of Russia whether they understand that or not. Our intelligence community has been warning us for years that the nasty divisions in our politics are fostered by Vladimir Putin. The Russians want us at each others throats. A country so divided is weakened. Their interference in the 2016 election continues on into the 2020 contest. Why do they like Trump? They know how to make him dance. And he knows how to make us hate each other. He has completely corrupted a once patriotic political party. We all should be wary of these new Republicans. They don`t care about your monthly social security checks, your student loans, the climate or your schools, roads or jobs. Only power motivates them. 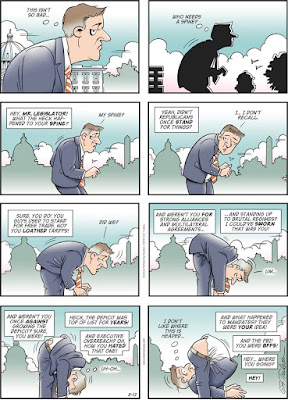 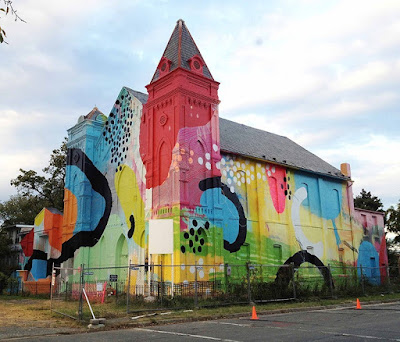 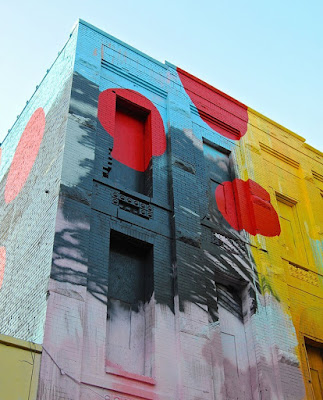 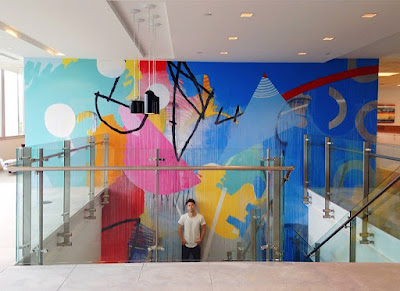 The paintings above are the work of Alex Brewer, a.k.a. Hense. He took abstraction off the canvas and then covered walls and buildings with his exuberant compositions. What a great idea! Why did this take so long? Why have murals mostly been realistic and narrative? Just at a glance you can see how energizing they are! How beneficial to the human spirit! Color heals! Thank you Alex! 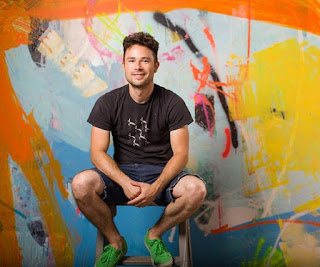 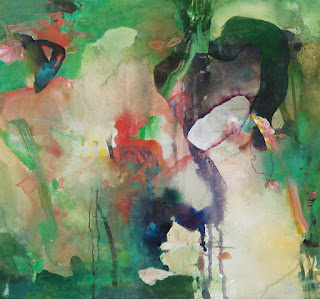 To set the mood and have something to react to, I did an underpainting that was just too luminous. When I started to add landscape elements it was completely awkward, an imposition even. Yet I was loving the Hahnemuhle watercolor paper and it was early in the process,  so I flipped it upside down and tried to keep pushing forward. This time with no objective. It was slow going but eventually a composition presented itself and I strengthened the color. Like every 'purely' abstract painting I do, the landscape is always present. 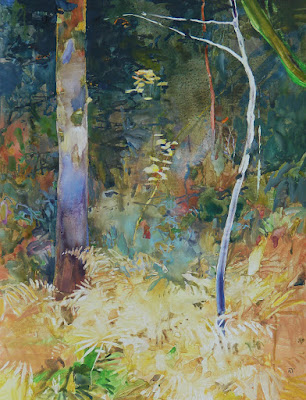 
This one had no reference other than memory. Mine is not photographic in any way. I had noticed the bright yellow bracken ferns as they turned dormant and thought  I`d paint the transition from meadow into forest With watercolor on the slippery plastic paper Yupo, I could literally carve out some ferns with a q-tip. If it didn`t look right I`d re-emulsify the yellow paint and try again. Drawing in negative shapes. This suits my temperament far more than painting all those rows of fern leaves directly. That would be tedium which is not an experience I want. 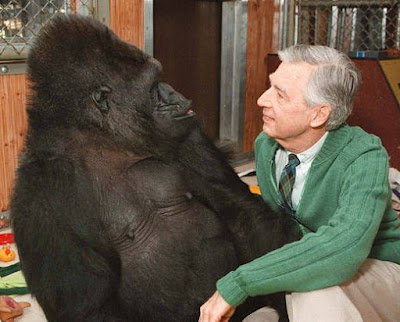 She was a fan and could speak over a thousand words in sign language. When they met, she took off his shoes.

click HERE for paintings for sale in my studio
Posted by Randall David Tipton at 4:07 PM 1 comment: