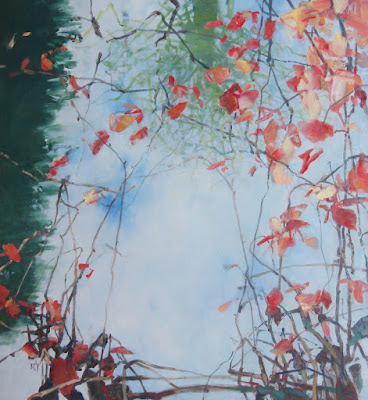 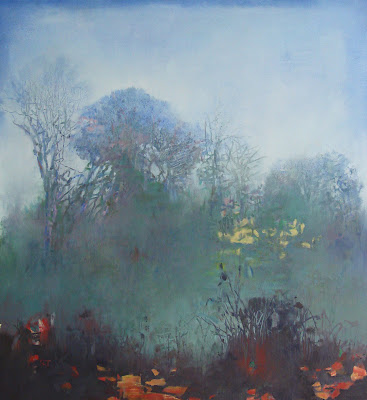 
In the days after the election, the best thing I did for myself was to paint on the bank of the Tualatin River with a friend. Only then did I begin to imagine a way forward.
I have ten new 24x26 panels from Art Substrates and think I might concentrate on the river with these. In winter it sure fascinates me as it surges down from the coast range. Our most serious storms happen in November and December swelling this lazy water into a muddy juggernaut.
Long before moving here I read the Barry Lopez prose poem River Notes. It was a seductive introduction to a deeper understanding of the Northwest. So the  tentative title of these paintings 'River Thoughts' is a reference and tribute to this sublime author.


WE were made for these Times

Thank you Clarissa, that was most helpful. 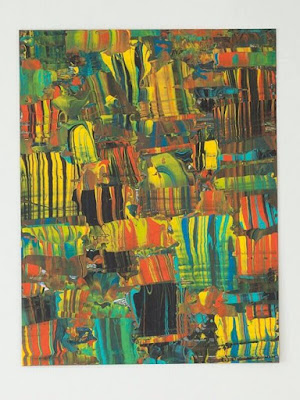 
Isn`t this ravishing? I want to eat it, roll in it, wear it and never stop looking at it. 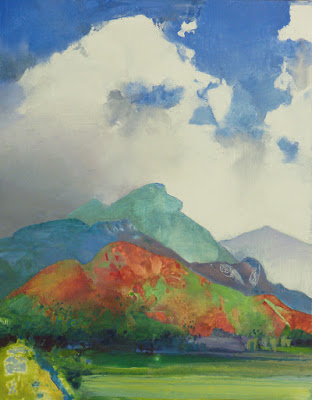 On the North Shore watermedia on Yupo 14x11


November is particularly colorful in the Northwest and this one began with a brilliant clear sky. My mood was celebratory as we got closer to the election and I painted this breaking storm over the mountains of Hanalei on Kauai. Friends were visiting the islands and their reports on Facebook prompted my memories. It was so exciting to be on the cusp of electing our first female president, plus,  team blue would win back the Senate!
Not. So. Fast. Randy.
It seemed worse than 9/11 because it was self inflicted and as a close observer of politics I was as blindsided as anyone. In the emotional rubble, I knew then this runaway train had been visible for miles. But I would not believe the country that chose Barack Obama twice would then select Donald Trump. It could never happen...
I wasn `t about to make half the country my enemy so I began to research. I soon heard a historian say that Trump was not possible without Obama. Then I read blogs from Democrats in red states and began to understand this was a pipe bomb thrown into the middle of our democracy. Why would anyone do this? Why would anyone set into slow motion this national suicide? How could anyone be so reckless?
I know something about self destruction and know at its heart is hopelessness. If someone lived in the country or in a small town and saw their community decimated by job losses, the adult children having to move elsewhere to survive, an ongoing rampant opioid epidemic, a loss of pride and true poverty, they might feel there was nothing left to lose. You might throw a grenade to get some attention. Every single voter knew the disgusting character of Donald Trump. This was not ignorance or just racism or only deep seated misogyny. I`ve come to think this was a call for help. In part at least, god knows it also unleashed the worst elements in the human psyche. The president-elect must answer for that eventually.
In my prosperous blue corner of the country, there has been a call to arms and people are responding. Our egregious loss in the electoral college AGAIN demands personal action. This will be the most scrutinized and confronted administration in history. But let`s breathe deep and choose carefully what to fight. Such as this;
Today there was serious talk of a registry of Muslims!
That is not going to fly, we will not make that mistake again! This is a matter for uprising, freedom of religion is front and center in the constitution.
Exhausting ourselves over the appointment of Steve Bannon is not. Arguably, a president deserves his choice of whoever he wants for an advisor even if it`s a  white supremacist prick.
There will be many just causes but as a Democrat and a patriot, I want my party to rethink its identity, find fresh articulate leaders, return to its roots in the labor movement and someday lead the country out of the abyss we are likely to fall into. Trump doesn`t care about rural America, he just used them. Let`s gather them back into the party with a bold plan worthy of FDR. 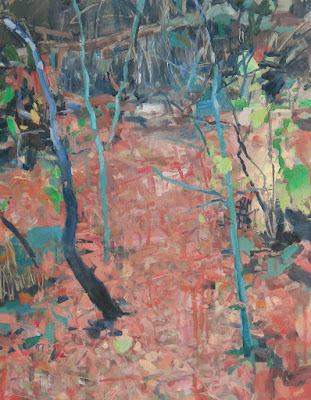 
The visual cacophony of autumn is thrilling but I prefer it when it doesn`t match my mood. What a tough week!!
I hate the idea of already vulnerable people in a new state of fear. Although I`ll be vigilant about policy, it`s individuals I care most about. I want to protect someone or something. Use this unasked for white advantage for good.
To females, consider advanced self defense. This trailer for Beauty Bites Beast is an inspiration. Patriarchy will not go down without a fight.
For those of you inundated by petitions, read this.
To understand better what the malady even is, try this.
Many, including me, are psychologically fragile right now. Let`s be gentle and kind and as deserving of that better world as possible. 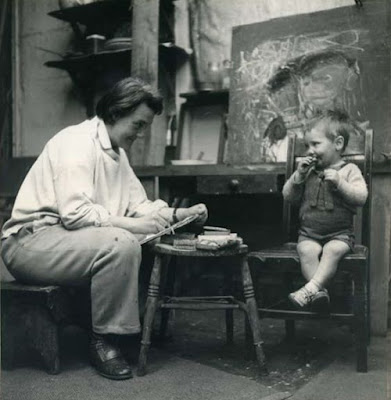 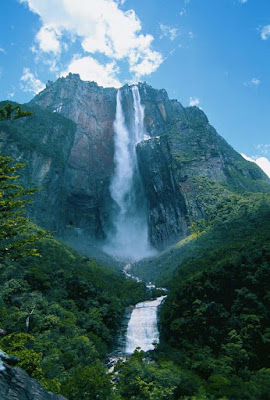 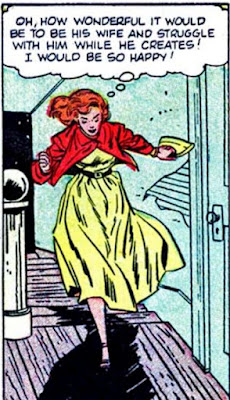 Exactly what John thought too 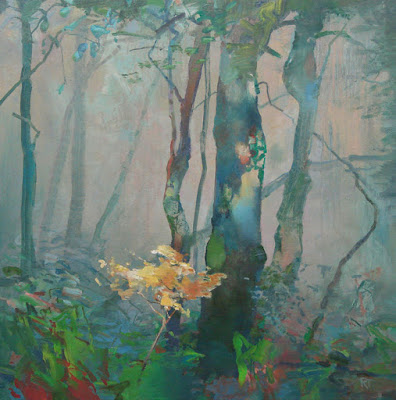 
One of my pieces in this weekend`s Sitka Invitational at the Forestry Center in Portland. The show is a benefit for the one of the coolest institutions I know of, The Sitka Center for Art and Ecology in Otis OR. Unusual provocative classes in summer, long generous residencies for artists and scholars in winter. Forty years ago, Frank and Jane Boyden had a great idea and they made it a reality. Not many do that, especially in their 20s.
This is a worthy exhibition full of landscapes and nature themed art of an unusually high quality. Give it a look and then take a walk through the arboretum while you`re up there, it`s spectacular right now!


When I got up at 5 to go to the bathroom, I could see out my window the street lamp was a hazy glowing ball. Fog!! At last!
Just last night I was looking at my photos from autumn 2015 and remembered I wasn`t out and about too much then. This year is different. I set out early for the Tualatin-Durham-Cook`s Park trinity of autumn wonder. Once there I had a long soaking Shrinrin-yoku, a forest bath, and it did me good.
Cold wet fog always reminds me of being a kid, camping with my family on the coast of Northern California or Oregon. We fled the heat of the Inland Empire in summer and drove north. In those foggy state parks we were cool.
Look what I saw this morning; 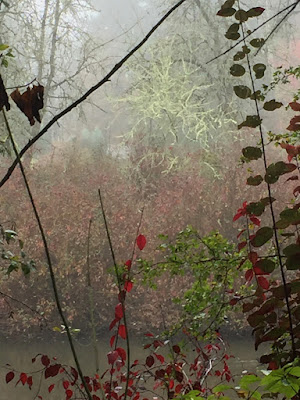 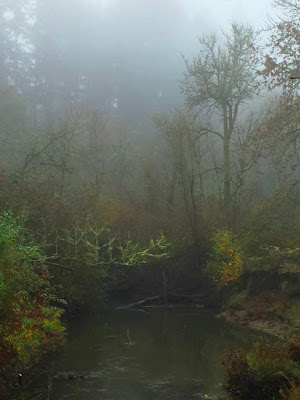 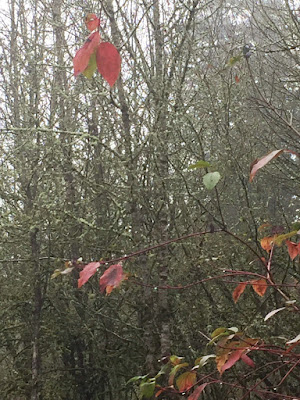 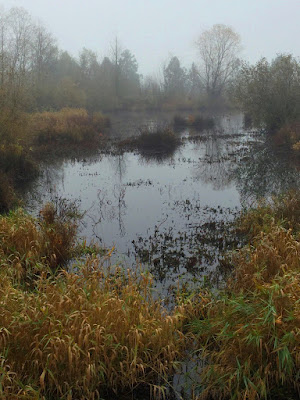 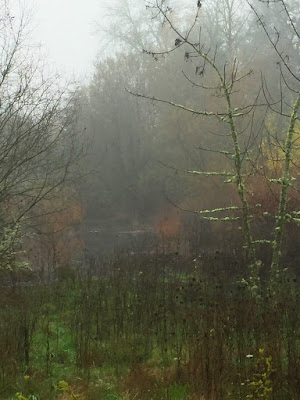 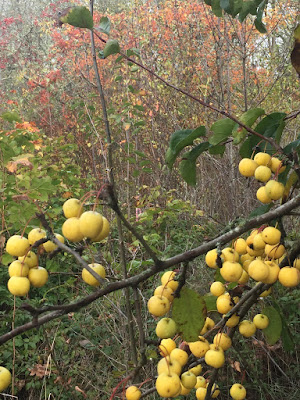 Now is a time for faith. Vote, then trust our great country to do the right thing. Breathe deep. 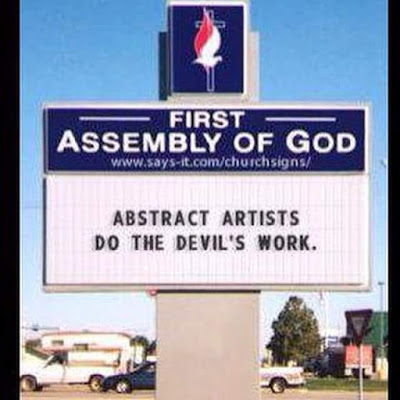