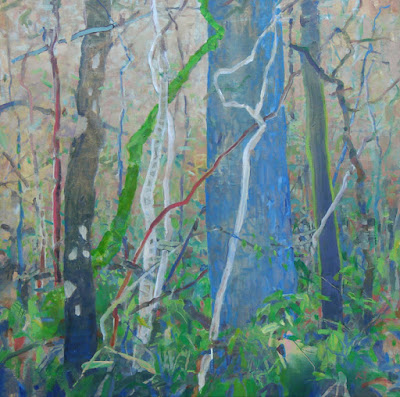 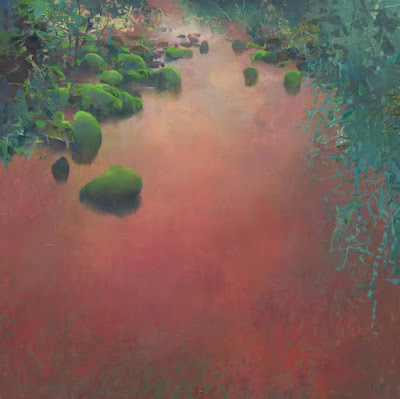 
These may be the last two paintings I finish for my show in July at the Coos Art Museum. Now comes the tedious task of painting the edges of all these paintings, attaching hardware and then wrapping them in plastic for transport. That shouldn`t take a whole month so I will probably be painting again by mid June. I`m nearly certain these will be my last oil paintings. I need a faster drying time! What`s my hurry? Well, the paintings evolve through trial and error and I think that process could be expedited with acrylics. I`m not a patient guy. The texture is so different however, I`m sure I`ll have to learn some new techniques. I already use acrylics in combination with watercolor but those paintings are on paper and larger canvases and panels are what I have in mind. Golden is the brand I`ve been using because it`s American made but I`m open to suggestion. I would love to find an extremely dense white. On the order of Gamblin`s Radiant White oil paint. My new grail. 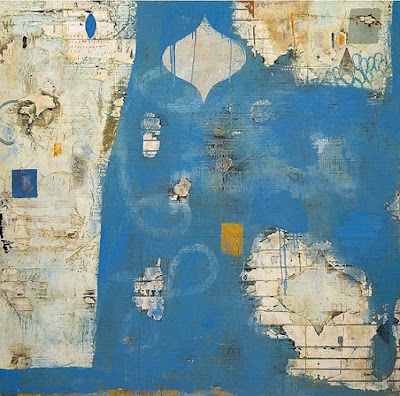 
Nicholas Wilton writes an extremely pertinent blog on painting and careers. He is honest, humble and generous with his insights. In a recent video on 'style' and how to develop one, he offers a new way to think of it. When I`ve talked about making one`s work more personal I`ve approached it through subject matter. I think he has a better way, one that comes from the process itself. His writing and videos are almost a public service, they`re concise and deal with many of the struggles painters face daily. 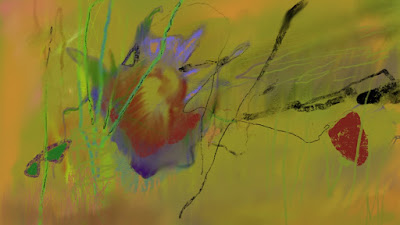 My latest I pad painting 'Undergrowth'. 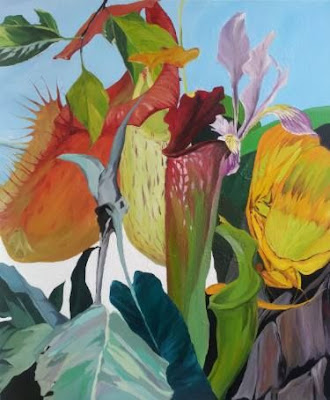 The Earth of Demeter by Chi Young Sung


I discovered this extravagant botanical painting the other day on Pinterest. The artist is Korean and she works with mythical themes in vibrant, symbolic color. This painting has the kinetic energy and high spirits I love seeing in landscapes. 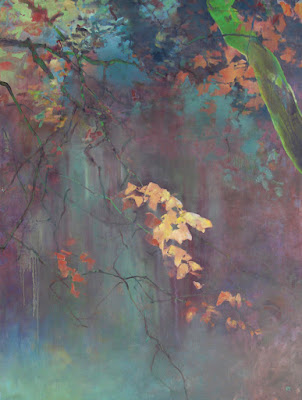 
Another in an unorganized series of paintings focused on the Tualatin River in Fall. The water is high, a murky green and a perfect foil for the fiery colors of the season. Here are a couple of others; 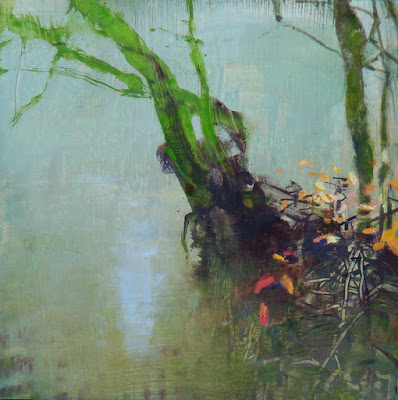 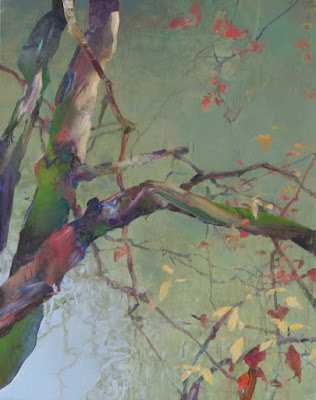 
So I was resting my feet and perusing Pinterest the other day and I get a notification of some activity. This happens all the time and I usually look but not always. I click the red icon and it says Anish Kapoor is following you. I kind of reeled and thought what the hell?? To put this in laymen`s terms, it`s as if Angelina Jolie asked to be your Facebook friend. Mr. Kapoor is a sculptor of such huge international importance, I`m sure it was a staff member. I`ve wanted to write about him for awhile but have been too daunted by his work. He`s one of a handful of artists whose work ignores convention and excites the imagination of almost everyone. Ai Weiwei and Ann Hamilton are another two.
This is Kapoor`s most famous work; 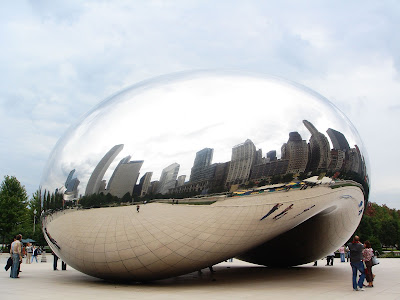 Nicknamed the Bean, the real name is lyrical and suggestive. 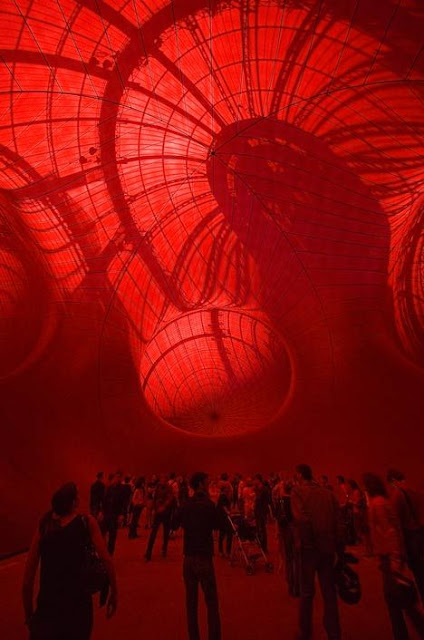 An enormous sculpture viewed from the inside too! 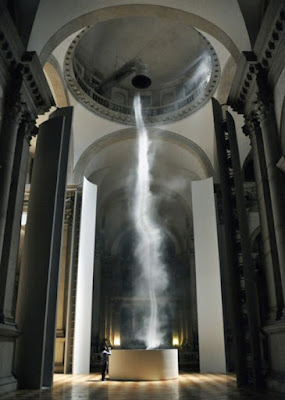 A sculpture made of smoke! 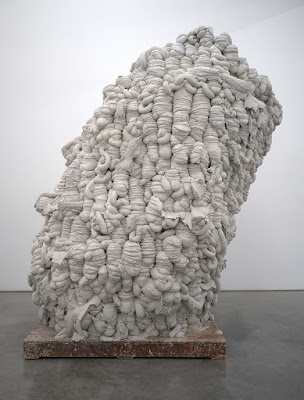 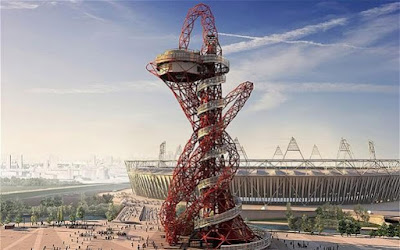 Monumental sculpture for the London Olympics


Addie Hirschten interviewed me on Skype in March for her podcast Alchemy of Art.  It`s a sweet, friendly conversation and I turn the tables on Addie and interview her a bit! Why is it we can`t stand our own recorded voices?! I had to steel myself to listen but after a bit I realized it was OK! 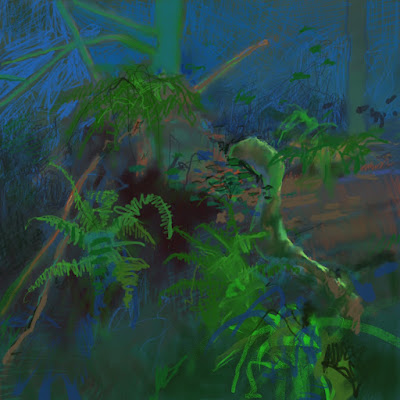 Finally took my I-pad into the woods! I need more practice. 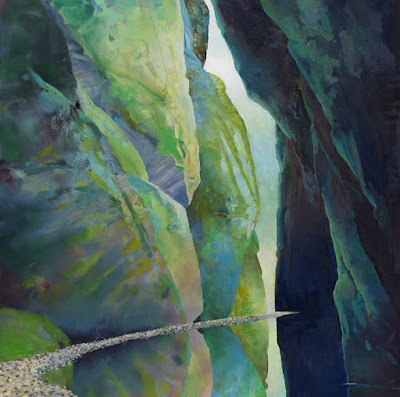 
This is a place I keep painting though I`ve only been in it a couple of times. A massive logjam guards the entrance and getting over this difficulty keeps the place relatively elder-free. No matter, I remember enough. What makes the narrow canyon so enthralling is a sense of being inside something womb like. The trail is the stream and it`s deep in places. Wading through the cold water toward a destination you can hear before seeing, creates an atmosphere of mystery and anticipation. Then the walk concludes at a pool with a gushing waterfall. It seems like the Source, the spigot of life. Such beauty!
Here is another; 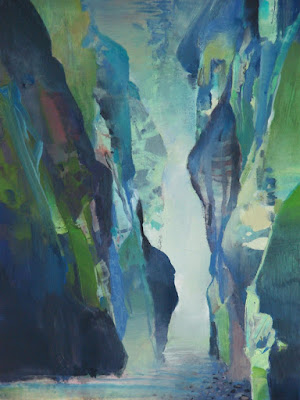 
Quesadillas have become my Kummerspeck, my grief bacon, the last few days. Last Saturday we had to suddenly euthanize my cat Lincoln. He was ancient, in decline and probably diabetic. We`ve expected this but not so abruptly. But he was in obvious distress and we didn`t want him to suffer.
For the first time in 30 years I am petless and it is an awful, empty sensation. Oddly it`s not so sad, it is depressing. We`ve all experienced this. It is unacceptable.
Death and life, always mutually entwined, no exceptions. Mentally, I get it. I do my best to incorporate this reality into my heart. But the loss hurts like a personal amputation. Some of me is buried in the backyard too.
I need an animal to sleep on my lap. That makes me feel worthy, makes me a better person. 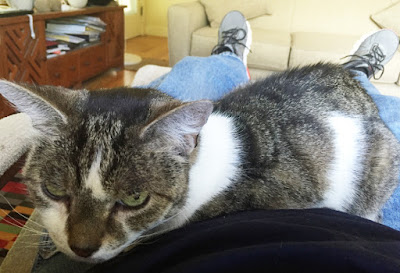 Lincoln upon Randall two weeks ago


I`m listening to the sprawling novel Middlesex by Jeffrey Eugenides on my I-phone. It is rich with history, Greek culture and gender identity matters. The narrator is a hermaphrodite, raised as a girl but male as an adult. I`m getting an education in these timely issues. Not too long ago I mentioned to my mother that gender wasn`t determined at conception, that it happens as the embryo develops while bathed in hormones and enzymes. She was flabbergasted and I wondered if this wasn`t common knowledge? Maybe it isn`t with all of the intolerance toward transgendered people. Even at birth, it`s sometimes unclear and the doctor makes a choice. Often the wrong one. It`s certainly a complex subject but the vitriol the Christian Right is expressing on which bathroom they can use is so discouraging. Who would make such a wrenching decision as gender reassignment if it wasn`t of critical importance? Those religious zealots are so mean spirited! Not happy unless someone is being persecuted! I remember what Salman Rushdie said "Fundamentalism in any religion is always about power, not faith". 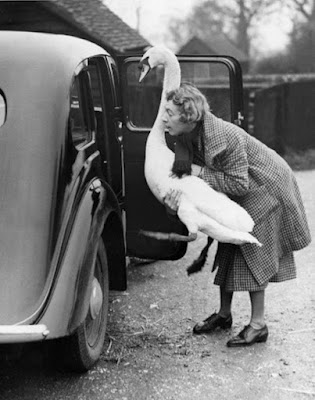 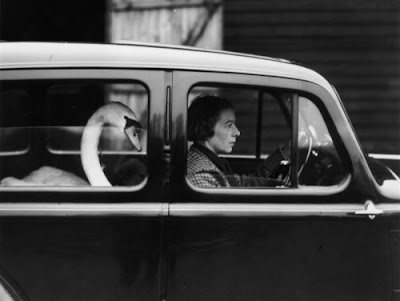 We were sitting by a pond in Stanley Park a few years ago and John remarked he preferred swans to ducks. "They`re more professional". 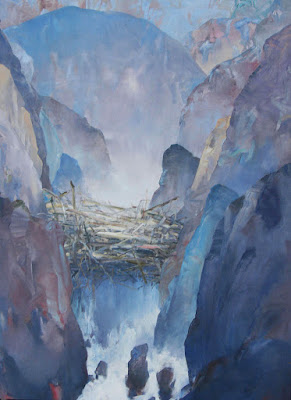 
This is the second  image of this logjam  I`ve painted. Both come from the fleeting glimpse I had of this chasm as I was driving down Mt. Rainier a couple of years ago. There was such a brute wildness to the scene, it made a deep impression. Painting from memory has a unique freedom to it. Rock, trees, clouds and water are quite forgiving, I just keep moving the paint around until it looks 'right'. Years of observation and drawing get me close enough to allow improvisation once I begin. 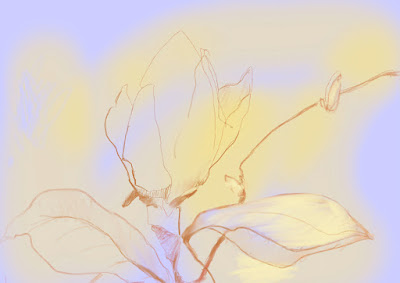 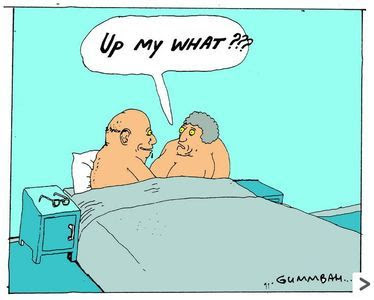