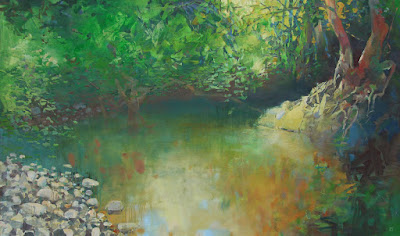 
I`ve been locked in mortal combat with this painting the last 10 days. This is the second painting on this canvas and the process made me wonder if it ever got easier? Doesn`t experience count? I`m so sick of it, it will just have to be 'good enough' for now. Elizabeth Gilbert makes the point that perfectionism will make us crazy and that sometimes it`s best just to accept the work when it isn`t our best. Move on to the next good idea. All I wanted was to create an intimate sense of summer. Maybe I did...       No more green for a while!


Unknown works of Richard Diebenkorn have come into view at the Van Doren Waxler Gallery in New York! Look at this beauty; 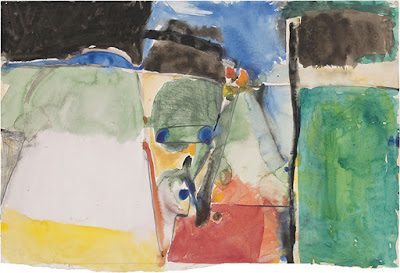 
And his sketchbooks were donated by his wife to Cantor Arts Center at Stanford and every single page is online! There is no better way to know what an artist thinks than by perusing their sketchbooks. They are the thing I grab when the house catches fire.


Good news, bad news. Your spouses were right. There is enough research now to confirm that creative individuals have very high levels of psychopathology. But they also test extremely high for psychological health. It seems that contradiction and paradox are the norm. As if we need to be told! The coexistence of opposites is the engine of creativity. 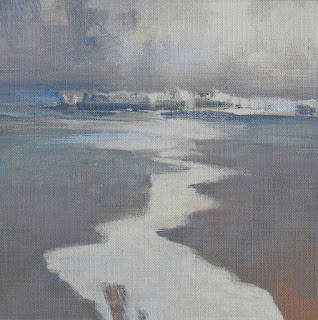 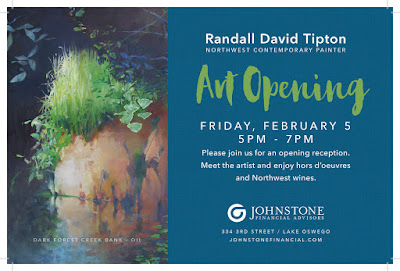 The Johnstone Financial Advisors give great advice, like good art, drink nice wine, and serve delicious hors d`oeuvres. Come meet them and me this Friday evening Feb. 5, 5-7 pm. The location is on 3rd St. just a block south of A [toward the lake] in downtown Lake Oswego. 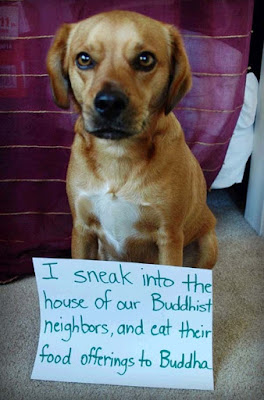 work for sale in my studio
Posted by Randall David Tipton at 6:08 PM 6 comments: 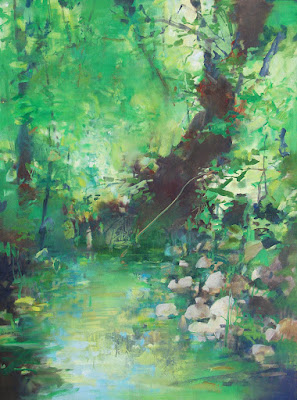 
Finally something new and big! I wanted a larger version of this. After complaining so much about summer and the overwhelming green, I do this in the dead of winter! I really don`t like being so perverse but there you go.
Those streams pouring off Cascade Head are so pure and undisturbed, I hoped to get a sense of the lush vitality of those summer forests. 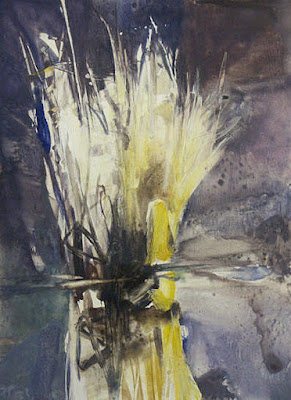 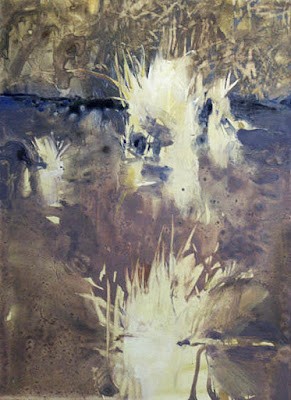 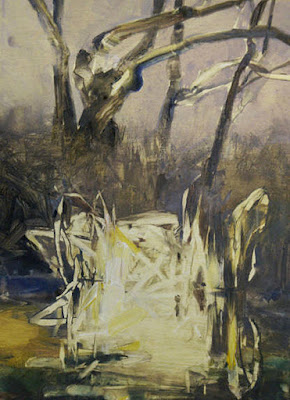 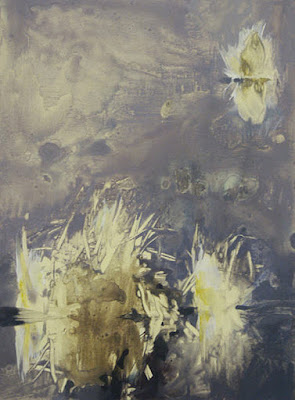 Here are some winter paintings. These 12x9 studies were painted ten years ago and the subject is the dormant wetlands of the Crystal Springs right in the middle of the Reed College campus. The beautiful little canyon thrives due to volunteers and careful stewardship. I spent a lot of time in its cool shade while living in the treeless Brentwood Darlington neighborhood in Portland. Angelita Surmon has also painted a body of work based on the canyon.


I had never seen the name and I still don`t know how to pronounce it. Whether Diarmuid Kelly was male or female was also a mystery. Then I stumbled on this video.
A dude, and he can paint like a master!
I saw the piece below years ago and thought it oddly enigmatic. The figure's hands have a gesture of blessing or surrender and he seems to be lying in a livestock water troff in a convalescence of some sort. What`s going on? 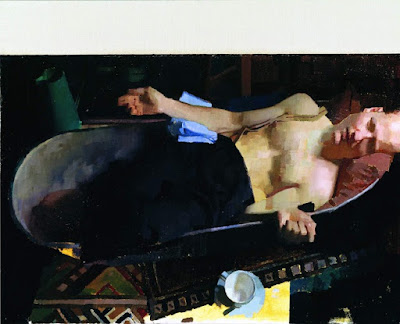 
Here is one of his gorgeous still lives. He even got the fuzz!! 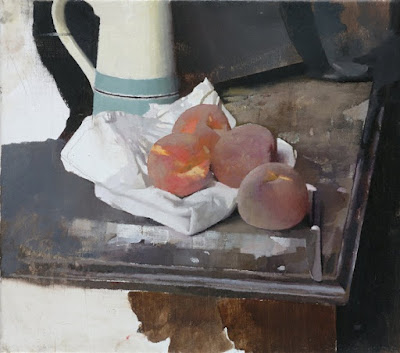 
In a collaboration with the Lake Oswego Arts Council, the Johnstone Financial Advisors are displaying a dozen of my paintings, the majority of them large. They look better than I`ve ever seen on the deep blue walls. Visit during normal business hours or come say hello at the reception Friday, February 5th. 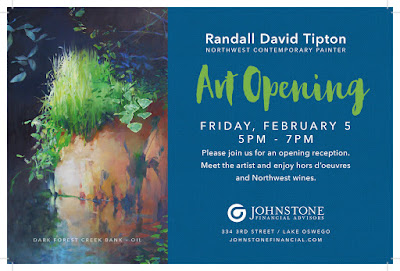 I just finished Audible.com`s incredible reading of Wallace Stegner`s Angle of Repose. This historical novel of the American West is a rich and thorough examination of a marriage. The narrator, Mark Bramhall, is such a gifted actor, every character is vibrantly believable. It`s a long book that I savored and it helped keep me afloat during the dark December. 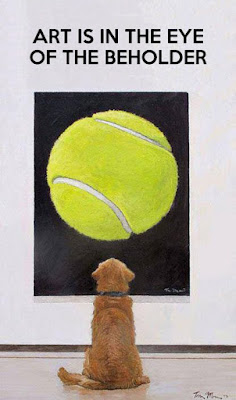 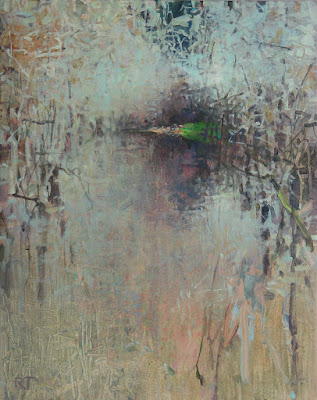 
Finally a new oil painting! A fen is a wetland and this one is Oxbow Slough on Minto Brown Island. At the water`s edge, the bare lichen covered trees are a chaotic tangle of brittle branches. I was there last weekend with my camera and in my painting clothes knowing it would be muddy. Maybe I looked like a groundskeeper because two foreign families stopped me for information. I had to tell them I was a tourist too. That island makes me wish I lived in Salem!

It`s been beautiful out there! We are in our tiny brief winter and I`m trying to get out in nature as often as possible. The stark clean landscapes will soon be budding for the annual onslaught of green. Now is the time to see the rich colors of winter. 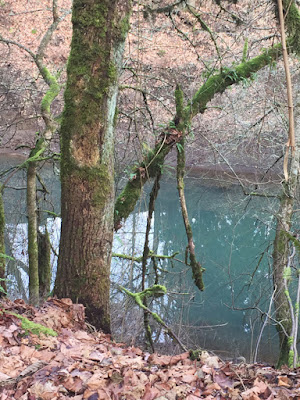 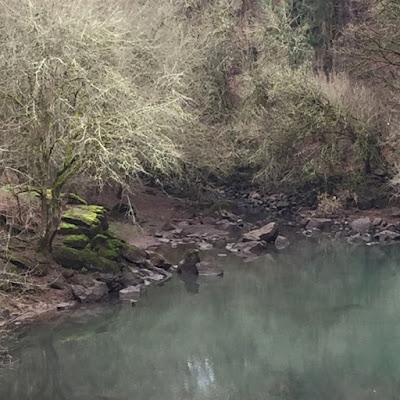 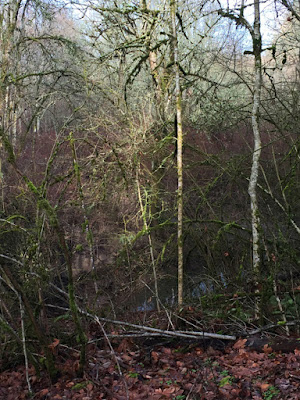 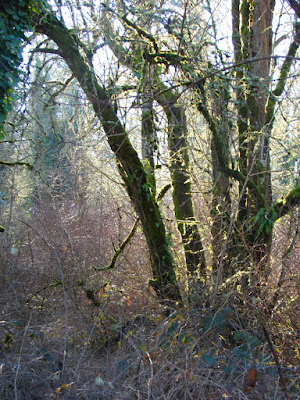 
I was so proud of our president`s executive action on background checks for gun sales and even prouder to see his tears of grief for those children just mowed down at Sandy Hook elementary school. It takes a brave man to show his emotions in public. Gun violence is a national disgrace we must confront with stubborn common sense and rigorous new laws. I`m all for the second amendment as it is written, and for sportsmen and honest self defense. But no one goes deer hunting with a machine gun.
Then in the State of the Union address, he used the phrase 'unconditional love', that ultimate Christian challenge and dilemma. How do we love our enemy? Do you think any Republican presidential candidate ever considers that question?

President Obama`s many accomplishments are explored in this article from Politico. 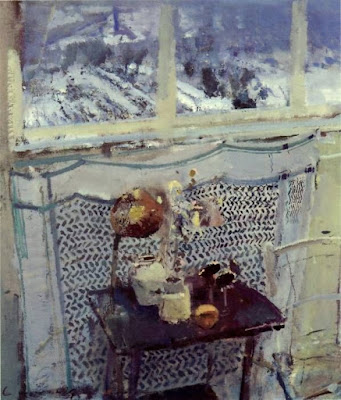 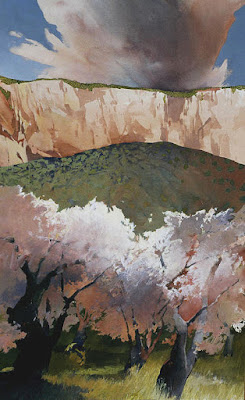 
Those of you in truly cold places may be dreaming of Spring already. Be patient and try to find pleasure in the winter too. I tell myself this every summer when the heat is oppressive and the air is dirty. I want to enjoy my life in every season. 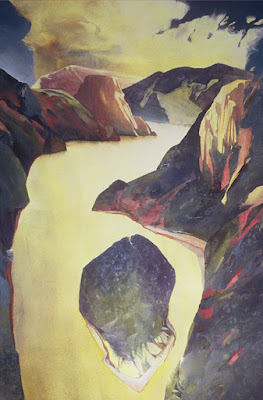 
Not much of anything good is happening in the studio so I thought I`d post some things that never appeared before or a long time ago.
My brother Mike said he felt adrift and that word applies to me too. Mom was such an intense concern the last few years, now that she`s gone there is aimless quality to my day. Which of course I try to fill with worthy painting but it`s not working out so well yet. Next Saturday we`re going to Minto Brown Island on the way to visit John`s parents. That always gets me thinking! 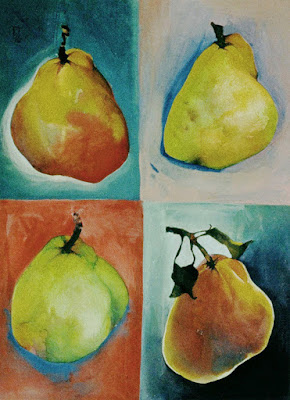 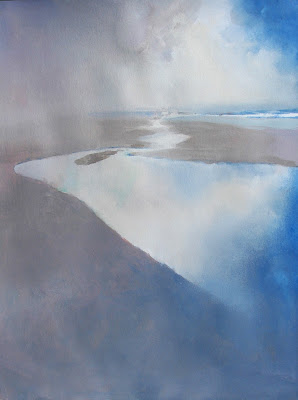 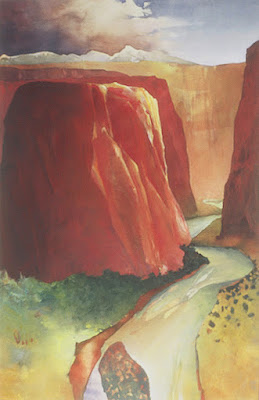 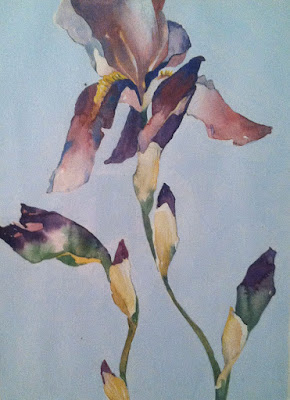 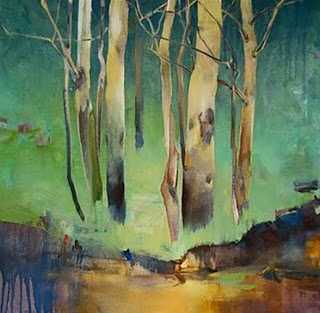 Saplings near the Water oil on canvas 24x24 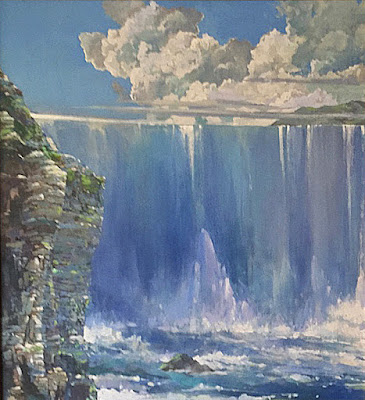 This is another of my Mom`s paintings. Would it be unethical to fix it?

Up from the Creek oil on canvas 16x7

Work for Sale in my Studio
Posted by Randall David Tipton at 8:04 PM 3 comments: