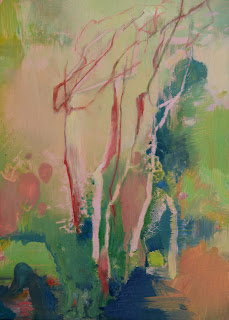 Another Daily painting.
Soon I expect to be working larger again.
In January 2011, I`ll be having an exhibit at the local Lakewood Center for the Arts. I`m happy to show my work in my new community, Lake Oswego.
Also, in the spirit of 'Do It Yourself' I`ve decided to offer some quick 'daily' work for sale here. A link is in the sidebar.
Posted by Randall David Tipton at 1:53 PM 1 comment:

A daily painting.
Suddenly, I`m showing some work at Ojo Sarco Pottery in New Mexico. I`ve known the owners, Kathy and Jake, for years and we decided to give it go. The gallery is in the Sangre de Christo mountains on the high road to Taos. It`s a breathtaking location. Take a look at their gorgeous, functional pottery.
Posted by Randall David Tipton at 11:27 AM 5 comments:

Light in the Forest 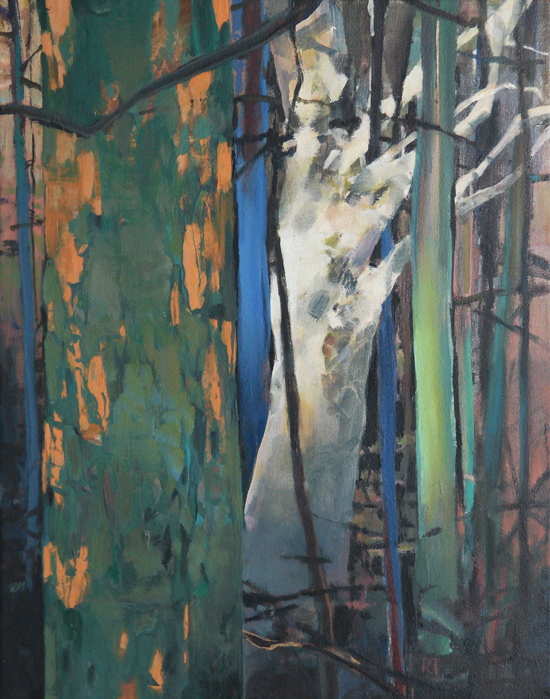 From a tiny study done in 2008.
Last weekend two talented painters drove up from California to work with me. Specifically, me and Yupo. I have developed a way, maybe attitude, allowing for more control and versatility. I found it a worthy thing to do because as a long time watercolorist, I loved how the brilliant white surface shone through the paint. But, being plastic, it`s tricky. We had great fun and although I`m not a teacher, they said it was just like a workshop. I do know I talked a lot. Sometimes in conversation with other artists, I startle myself with the intensity of my opinions.
Posted by Randall David Tipton at 1:47 PM 6 comments: 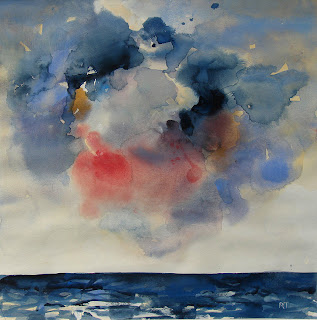 When I began this series a couple of years ago, it was a hard time and I just wanted to paint. Without too much thought. You can do anything in a sky. I added the ocean for context and realized the horizon line had a lot of significance for me. As a reminder and advocate. 'Figure it out, what`s important'? Later I understood these little paintings were about the loss of my brother.
Joan Foth, the ambitious watercolorist, died this past summer in New Mexico. Although I didn`t know her well, she was a painting friend and we loved to talk art and the landscape. She did enormous watercolor paintings of Kansas and New Mexico. Long story, but she bought the property next to my great friend George. After Joan`s death, George was involved with sorting through her stuff. She asked me if I wanted a pad of paper probably remembering some connection with me. It was old Meridian drawing paper and the primary watercolor support I had used for 25 years before Pentalic changed the formulation. I had suggested Joan try it. Well it arrived last week and I was so overjoyed. This is my favorite paper ever and when I couldn`t get it anymore I quit painting watercolor for a long time. My discovery of Yupo happened because I was looking for something similar. Which it isn`t.
This is my first effort on this paper and it`s for Joan. She left the world some very beautiful paintings.
Posted by Randall David Tipton at 9:44 AM 6 comments: When we were walking on the old Columbia River Scenic Highway, now bike path last week, we saw evidence of a recent fire. In one area, a whole forest of small saplings were burnt into stillness. They probably began as new growth after a previous fire. As much as I understand science and nature, it`s still sad to see new life cut short.
The informative website for artists, Empty Easel, ran a nice profile of me yesterday!
Posted by Randall David Tipton at 9:37 AM 9 comments: 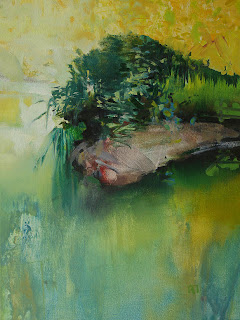 Another Study of Tryon Creek. Before the move, we would drive some distance to see it, now it`s close.
Posted by Randall David Tipton at 2:40 PM 3 comments: 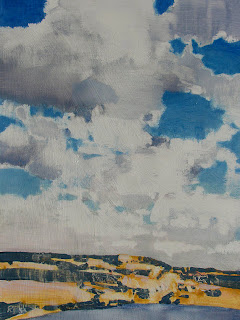 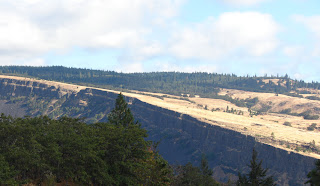 Since John is on vacation, we went out into the Columbia River Gorge this week. Further than usual. Out of the rainforest to the transitional zone of Hood River. Here wet green Western Oregon turns dry and brilliant as one travels east. Quite beautiful with such interesting geology. Look at the sharp line of that escarpment!
Most of the year, where I live is a drizzly dreamy landscape. It was great to see defined clouds and hard edges.
Posted by Randall David Tipton at 10:49 AM No comments: 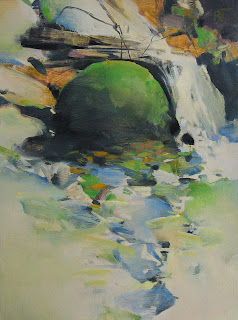 Posted by Randall David Tipton at 8:12 AM 3 comments: 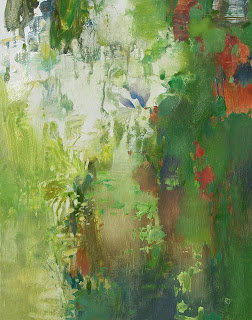 Posted by Randall David Tipton at 10:08 AM 5 comments: 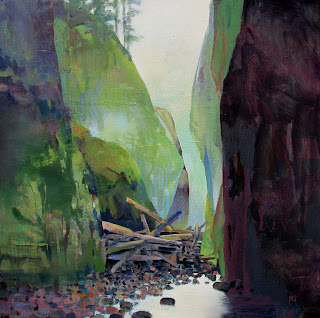