The Cloud Lifts off the Mountain 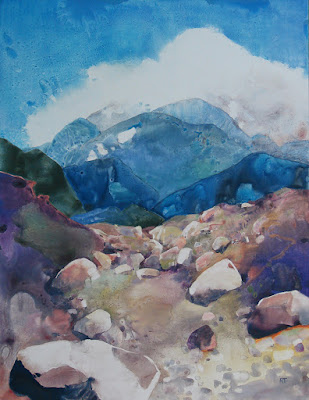 The Cloud Lifts off the Mountain watercolor on Yupo 26x20


The mountain was Mt. San Jacinto.
When the Santa Ana winds howled through Fontana CA where I grew up, the smog was ripped away and suddenly we could see the mountains that surrounded the valley. Off in the southeast was Mt. San Jacinto sitting like a ship in a harbor. Just on the other side of it is Palm Springs.
When I got my drivers license at 16 the desert was a frequent destination as long as I was back on time. A few years later I read somewhere about some canyons south of Palm Springs which were palm oasis you could hike in. I soon explored them and have continued to do so.
So in between two of the northwests recent snow storms, we flew to Calif. for some warmth. That normally parched desert was so wet, grass was growing beside cacti. Some plants were already blooming but the big show is just beginning now. It will be spectacular! 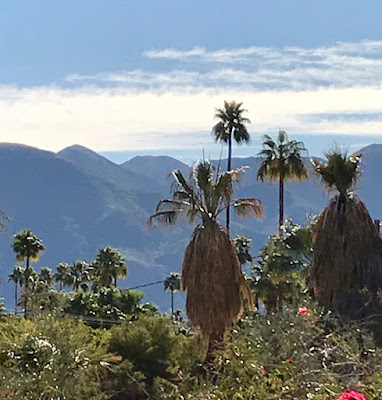 The view from our Air BnB. It was in the Mesa neighborhood right up against the mountain. 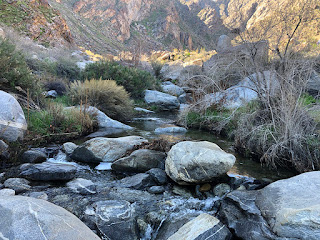 A view up into Tahquitz Canyon. I wrote about my first visit here when it was finally opened to the public. 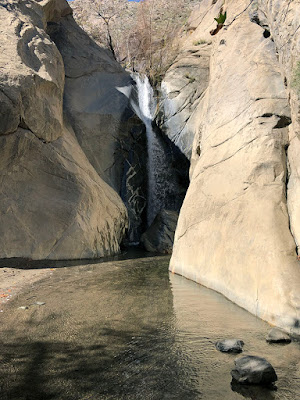 Tahquitz Falls. This is a special place. 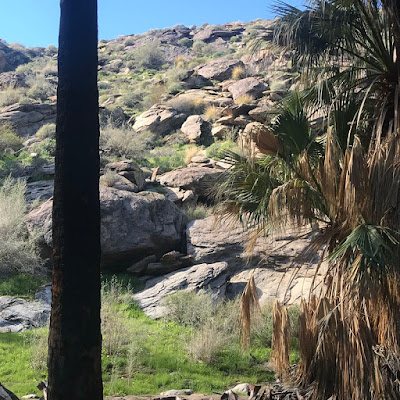 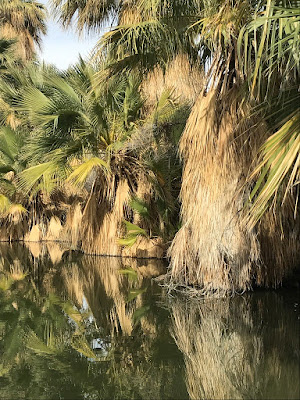 Coachella Preserve. I lived near here the winter of 1980. It was private property then but my landlady knew the caretaker and I was allowed in.  Because of the principles of evaporative cooling, one can be comfortable here on a scorching hot summer day. I may try to paint this pond with its confusing reflections. 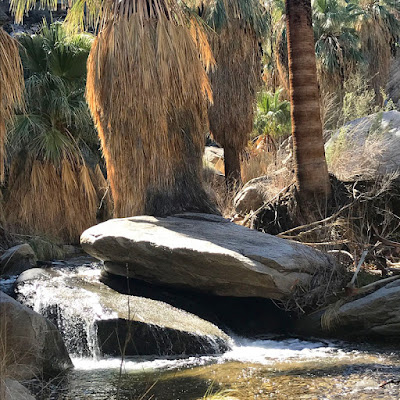 Murray Canyon. I had painted these rocks in 1980 and wanted to see them again. This involved crossing the creek many times. I trudged through the water with sneakers on. Much better than risking my new knee by falling off a stepping stone. 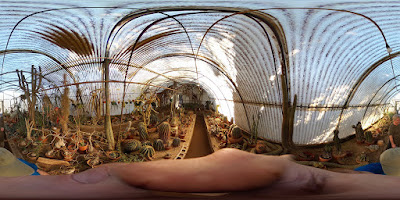 This was a 360 photo John took with his fancy camera. It is the greenhouse at the Moorten Botanical Garden. I have driven by it dozens of times and never went in. This visit we did. 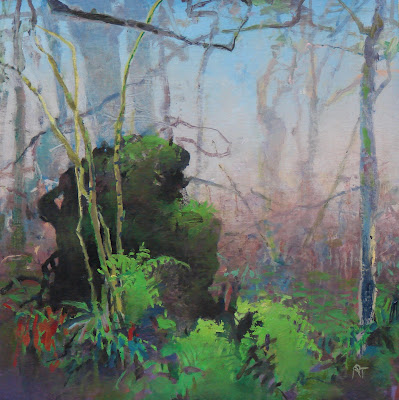 [untitled] oil on Multimedia Board 12x12


Another new one and I`m struggling for a title. The big black thing is a root ball of an evergreen that toppled in a windstorm. You see them often in our forests but are they ever called something else? "Root Ball" is not a great title. 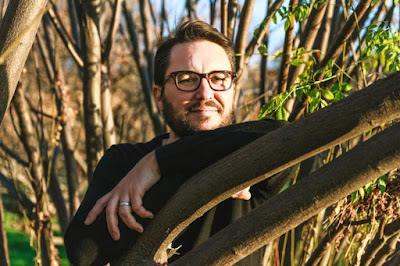 
A friend posted a link on Facebook to an essay by Wil Wheaton on depression. It`s a moving account of his disease when it began in childhood. Mental health is still not given proper respect even though we have mass shootings seemingly daily. Consequently, it`s not diagnosed in kids until they have suffered horribly. My own began in adolescence and it was terrifying. My parents, god bless them, listened to me and did what they could. Viable medications were still many years away so they got me involved with the local art center and I took classes.
For adults. Like now, the people with time enough to paint are often retired. So I was this frightened kid plopped into a bunch of mostly women elders. They helped save my life as I had never been in such a dark place. Soon I had my role in life and I`ve been grateful for this answered question ever since. It is so unnecessary for children to bear depression anymore. Yes it`s serious medication but it works.
Anxiety and depression often intertwine. If you know an anxious child, ask some questions. 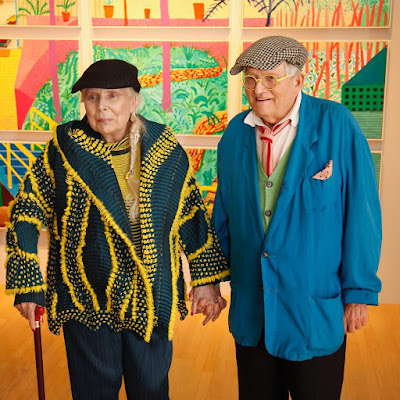 No one tells me anything! Last I heard Joni Mitchell was on her deathbed clinging to life. I`m mostly repelled by celebrity but she is, or was an important artist. I`ve been hoping she pulls through as I`ve searched in vain for updates.
Looks like she did! And holding hands with David Hockney no less! There`s some good news! Hockney draws as well as anyone but I sure wish he would turn down his color! 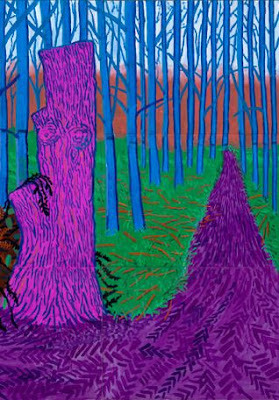 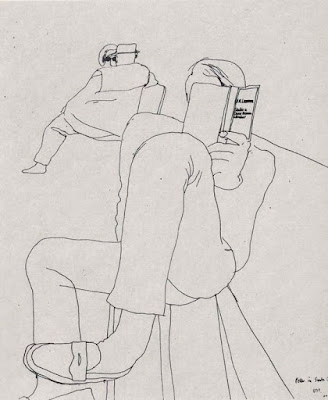 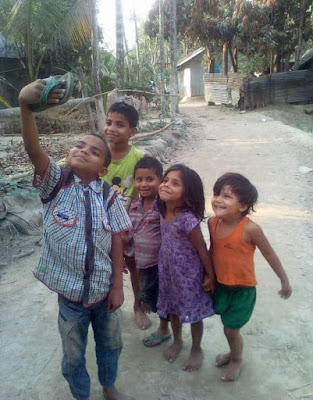 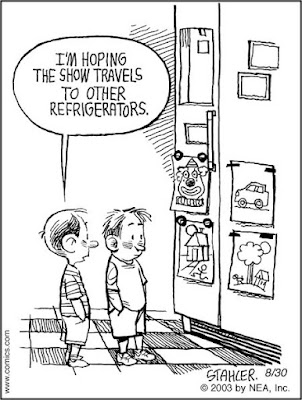 
paintings in my studio for sale [updated] 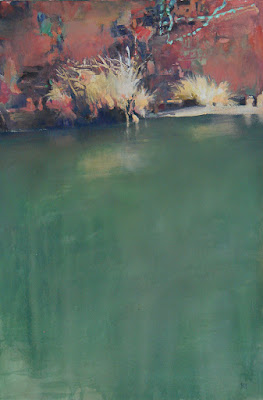 
Last weekend I was in Seattle teaching a workshop in 'Abstracting from Nature'. I had the group I hoped for, all were experienced artists.
Having recently walked along the swollen Tualatin River, I chose a rain saturated bit of river bank for my subject. A simple composition. Probably because it was on paper instead of Yupo [plastic], it was not the dynamic illustration of my technique I hoped for. I figured most of them would not be familiar with Yupo and were likely to have brought paper so I began with Arches 140 lb. cold press. Back with it in my studio, I`ve been able to finally evoke that typically bleak Northwest winter landscape. 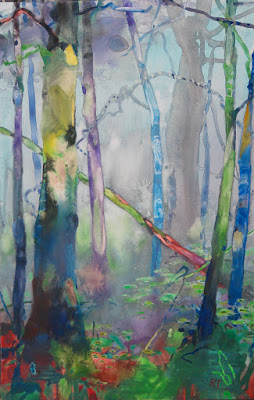 
The next day, my demo was on Yupo and I chose to paint a forest without any reference. This was the improvisational technique I find to be so fun. I`m in forests all the time and can easily visualize what they look like, so I just began. I should have chosen a less awkward size but oh well. Everyone was game to try working with Yupo and the results were quite interesting. 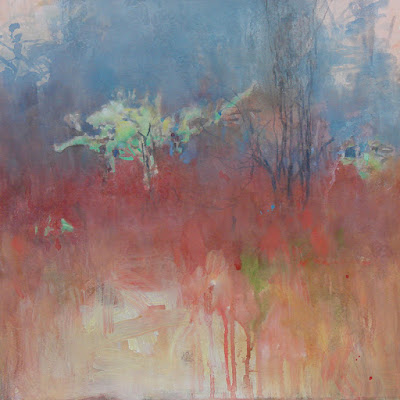 
Yes, this is the painting from my last post but I had really screwed it up. So as a last quick demo I showed them how I rescue something. If in fact I saved it.
The workshop was personally satisfying, I felt like I was in the trenches with the participants, all of us crawling toward beauty. 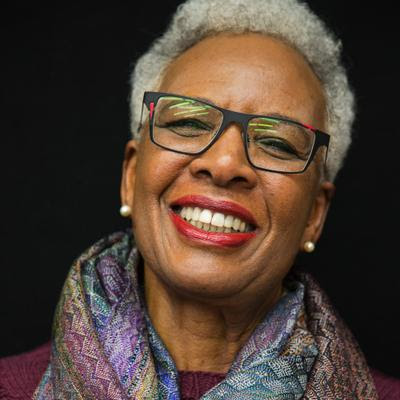 
I love a story of someone who broke character and did something completely unexpected. After a long career as a historian, Nell Irvin Painter retired and then went to art school. At 64!
Reinvention is said to be uniquely possible in America. I hope so. This kind of chutzpah is thrilling. If Nell can do that, what am I capable of?
Here is a fascinating short interview with her.
Some advice for those considering later-in-life adventures;

My second piece of advice is don’t see yourself through other people’s eyes. If you’re over 28 in art school or pushing 40 in a youth-obsessed culture, what’s reflected back at you can leave you feeling discouraged or ignored. However, if you see yourself through your own eyes, or those of your best friend or a loving partner, you’re much more likely to perceive both your strengths as well as your weaknesses, and that’s a good place to start. _N. I. Painter

Here is one of her paintings; 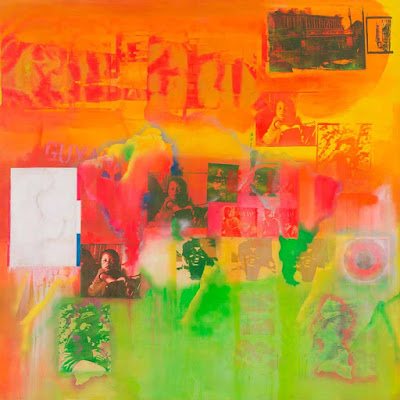 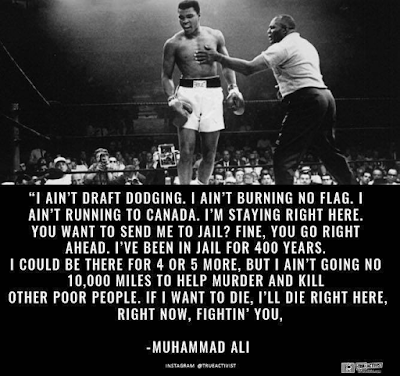 Have you ever heard a more ferocious courage?
Muhammad Ali was not going to Vietnam.
He will always be an example of incorruptible integrity. 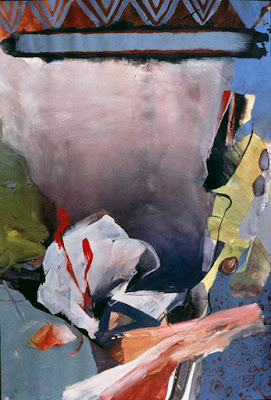 This is from 1989. I had it pinned above a table in my last home in Santa Fe, and my kitten Louie decided to climb it. Little claw holes  and scratches right in the middle!