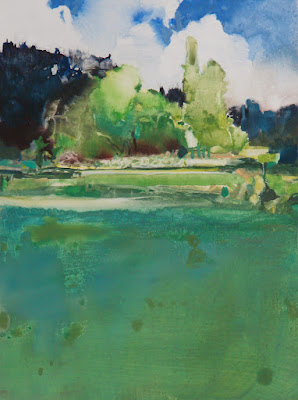 
From two weeks ago, a beautiful morning in the meadow at Bryant Woods.
A week later we began to paint under an overcast sky and we were deluged within a half hour. I was a deer in the headlights but the intrepid founder of Las LOPAS*, Mitch Burrell, came prepared with a canopy! We struggled in the downpour, but up it went and I began my second painting. The first had literally melted off the Yupo [plastic paper] in the rain. Then the wind started gusting and the storm turned sideways. We were beat. 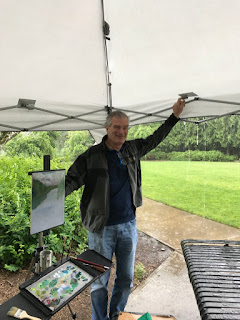 
This outdoor work has been extremely therapeutic after being inside all winter.

A couple of days later, John and I went to southern California to visit my brother Tom and my extended family there. The weather was perfect and his community quite interesting. Irvine consists of mostly planned neighborhoods which are thoughtful and new. As I was growing up, the area was all orange groves. Its schools have an excellent reputation which have attracted an international population. Nearly everyone on their block was from another country. Walking the artfully designed streets, we saw a racial blend that was amazing. I love California for this. It is what can be.
Like all my brothers, Tom has a big collection of my work, many from 2004. At that time, I was living in deep southeast Portland. The subject of my work was the nearby Johnson Creek Nature Park; 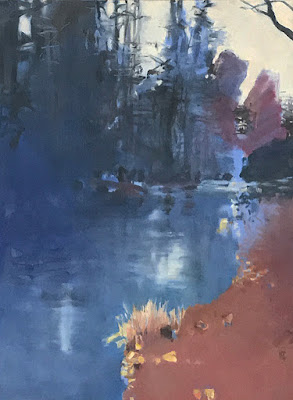 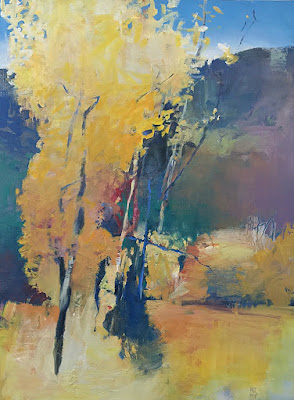 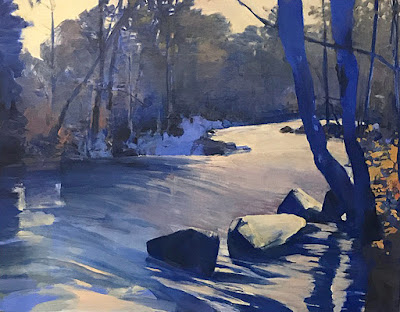 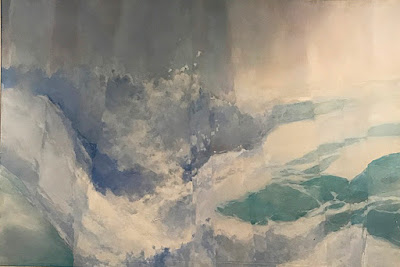 The Futurists were my inspiration then, with their interest in depicting motion.
There were other paintings that tortured me during the visit. Many painters suffer when they return to their families and temporarily live again with work decades old. Unfortunately, these have become 'treasures' and the suggestion to throw them out is not taken kindly.


Last week, Nicole Serratore wrote a fascinating op-ed for the New York Times entitled "James Comey and the Predator in Chief". She drew parallels with the president`s interactions with the FBI director and the sexual harassment of women in the workplace. There seems to be a pattern in such behavior that I had never realized. I thought these incidents were mostly spontaneous, not the sickening calculated moves of men in authority. Well worth reading. 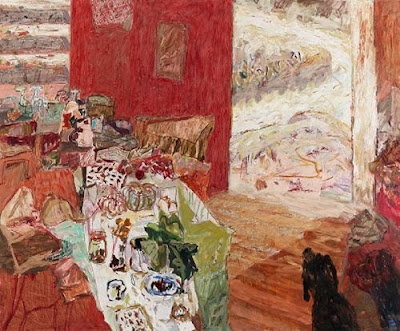 
I`ve written about her before but praising Elizabeth Cummings is always deserved. Now in her 80s, she continues to produce paintings of great complexity and power. Though I`ll probably never visit Australia, if I did, I would recognize it because of her. The work can be completely abstract yet the scorching light and gritty texture of the continent`s interior is foundational. You can feel the heat, the paintings  make you thirsty. And she is generous in her compositions, there is much to explore.


June of course, is Pride month. All over the world! 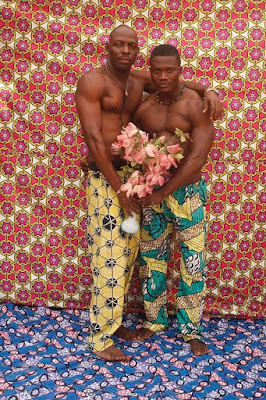 work for sale, mostly in my studio
Posted by Randall David Tipton at 9:34 PM 4 comments: