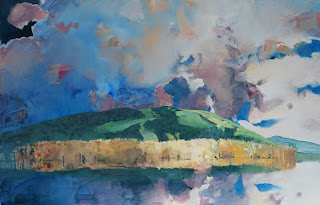 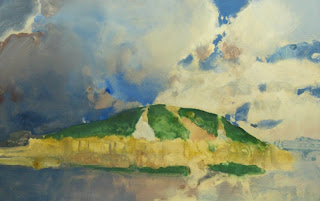 My first demonstration painting at the workshop. The bottom photo is how it looked when I brought it back to my studio. 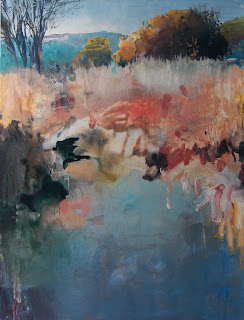 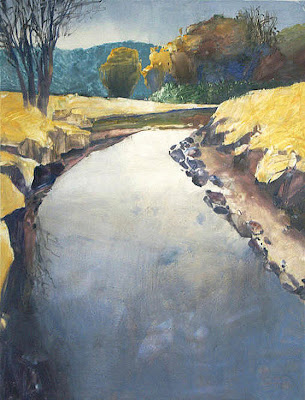 The workshop I taught was this weekend and I learned a lot! I`ve always heard teachers say that and it`s true.
For today`s demonstration, I wanted to show that a failed painting can be given new life. The bottom painting was the fifth in a series I did six years ago of the wetlands landscape of Oaks Bottom in SE Portland. I never was sure about it and probably would have destroyed it but Laura Foster liked it and I trust her. There was a stark quality which didn`t seem right, but I kept it and stored it away.
So the workshop seemed a good opportunity to demonstrate how a combination of mediums and experimental techniques might revive the painting`s chances. The gamble worked and the new version is much more to my liking. 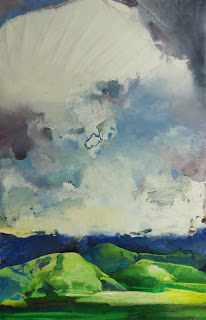 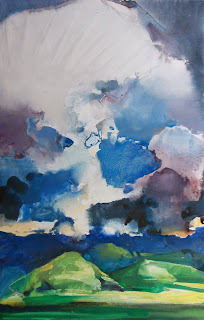 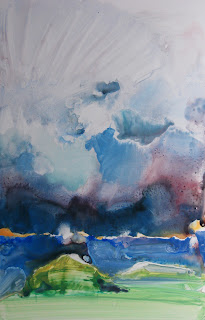 Driving south on I-5, just before Eugene, there are a series of round hills to the east with the Cascades behind them. They`ve fascinated me for years but I`ve always been going somewhere else and only managed one quick sketch and photos from the speeding car.
They were the subject of my last demonstration where I painted from memory. Nine painters were in attendance and everyone knew exactly which hills I was talking about. One had an obsession with them that eclipsed my interest. I thought they may have been formed by the Missoula Floods, but learned they were volcanic plugs like Mt. Tabor and Powell Butte in Portland. I shouldn`t have been surprised landscape painters could talk geology. I thought, these are my people!
The bottom image is the painting when I stopped working on it to pick up another. The middle one was my effort to finish it in my studio. I kept it in view and soon realized it wasn`t working at all. What was I was trying say? The 'memory' I wanted to make visible was of a storm cloud hanging off the mountains, hovering over these green grassy hills. 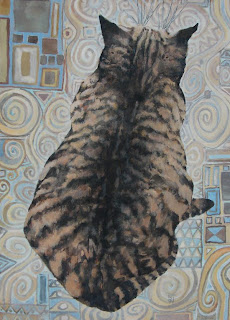 This my beloved Louie painted in 1994.
I have several things in process yet can`t seem to close on any of them. As I`ve been painting, I`m trying to translate what has become instinctive, into words. The workshop I`m presenting is this weekend and I want to be as articulate as possible.

mixed watermedia on paper 10"x8"
Posted by Randall David Tipton at 10:27 AM 3 comments: 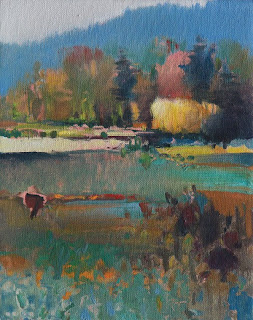 A quick 'daily' painting done last night while waiting for something to dry. 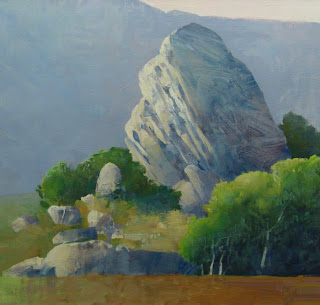 I snapped a photo of this outcropping from the car on the way to the San Luis Obispo airport last week. There were several of these monoliths in the area, the most famous being the rock in Morro Bay. The central coast is relatively undeveloped with rural areas that seem like what California once was. I got nostalgic for my childhood in the 'Inland Empire', something that rarely happens. 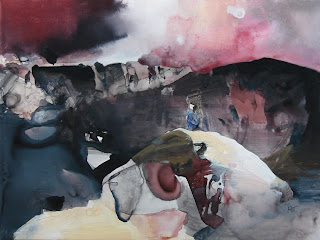 This was the second demonstration painting I did for a group of artists last weekend. Originally, it was just a doodle, I was trying some inks on Yupo without any image intended. I brought it along to show how a mixed media technique would allow me to go back into it years later and 'find' a landscape. 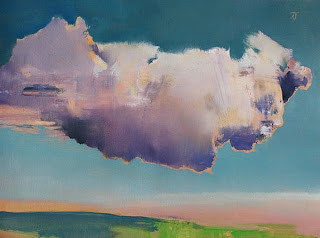 It`s a joy to visit old friends. It`s good to be home. 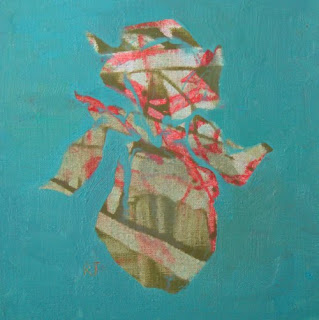 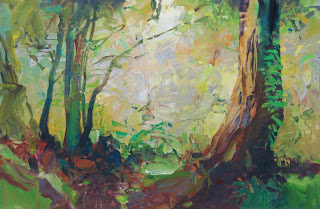 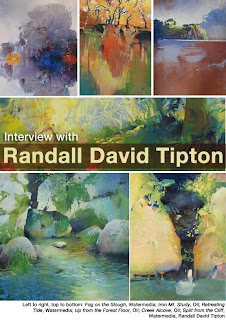 This was a practice painting in preparation for a demonstration I`m doing tomorrow for a group of artists. My oil painting technique isn`t too different from the watermedia process but painting on Yupo is the wild card. It is just so slick and tricky, I wanted some recent 'familiarity' before I begin.
Because I`m often asked if I have an instructional video, I made a proposal to Creative Catalyst Productions to create one. I didn`t get a response so I forgot about it. Months later I received a nice note from the video producer explaining they could not produce one at this time but they would like to do an interview. It was published today on their blog.

Night Marsh and a brave peach 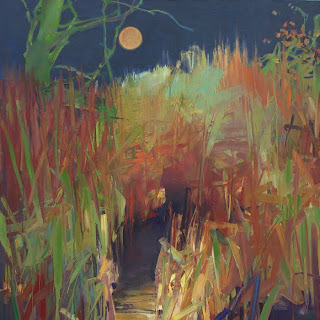 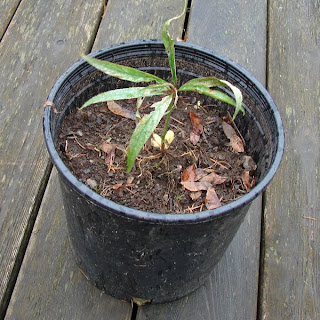 In Sept. John was eating a Trader Joe peach and noticed a tap root breaking out of the pit. He`s a nurse so he dug up some dirt near the driveway and planted it in a pot. It`s never even lost its leaves despite many sub-freezing nights! This seed had an agenda, it was not about to decompose anywhere. Its destiny is to be a tree! 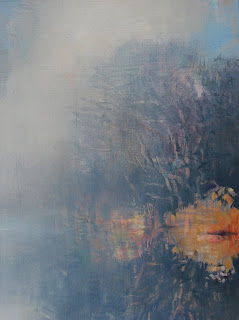