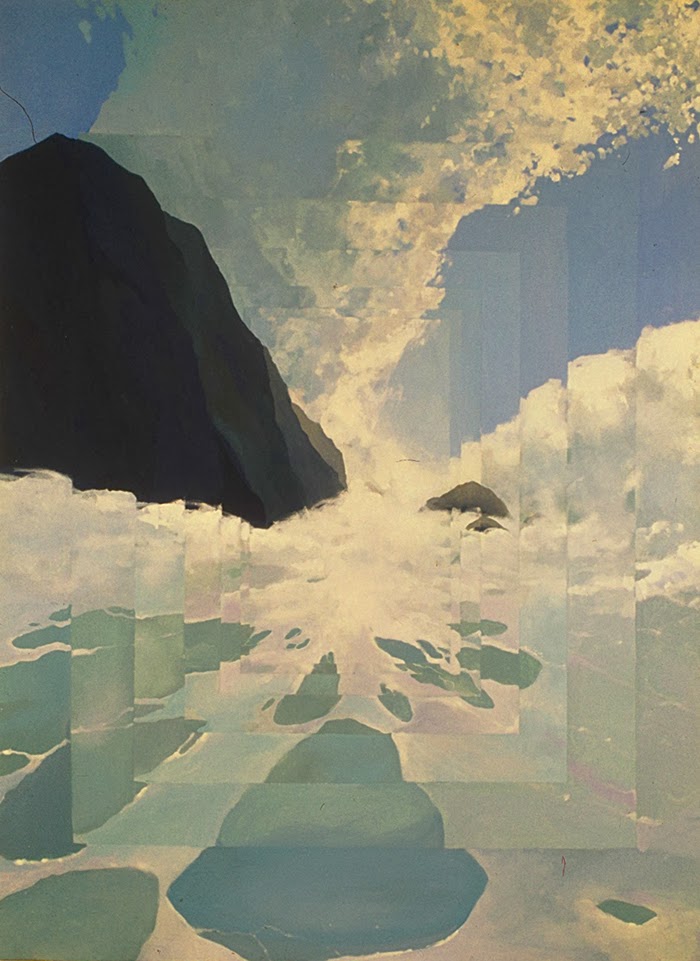 I`m transferring slides onto CDs and revisiting paintings from my past. Although I only lived near the ocean for one year of my life, I`ve painted it with some frequency. I`ve always wanted to do a concentrated body of work from new, extended experiences on the coast but that might not ever happen. In 2012 I rented a house at the beach for a week. It was in a spectacular rugged location, but I was taken with a little creek that ran by the house. I sort of ignored the sea. So I think it must be more of a metaphorical significance for me now. The painting above was done at 19 and the seascapes I did when young are from the vantage point of being in the water. I loved swimming in the ocean almost more than anything. Over time other aspects became the focus, Here`s a bunch of them. 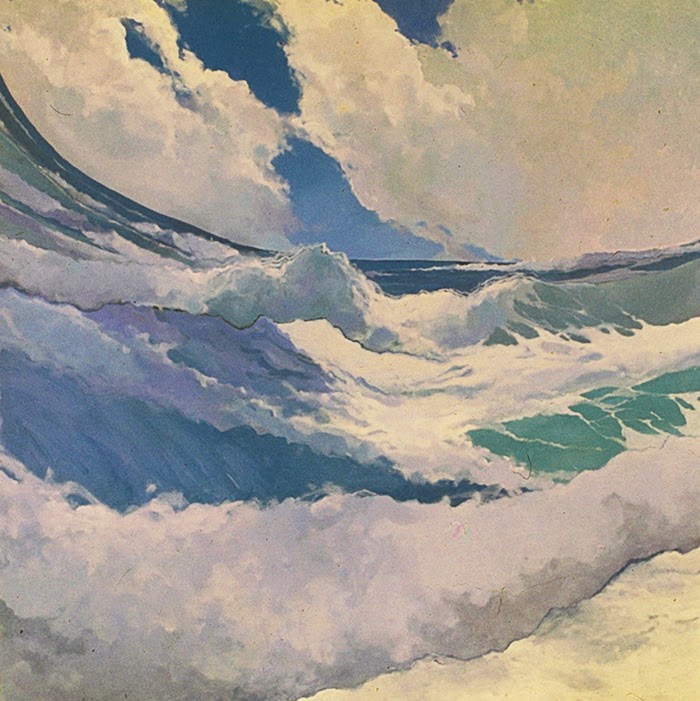 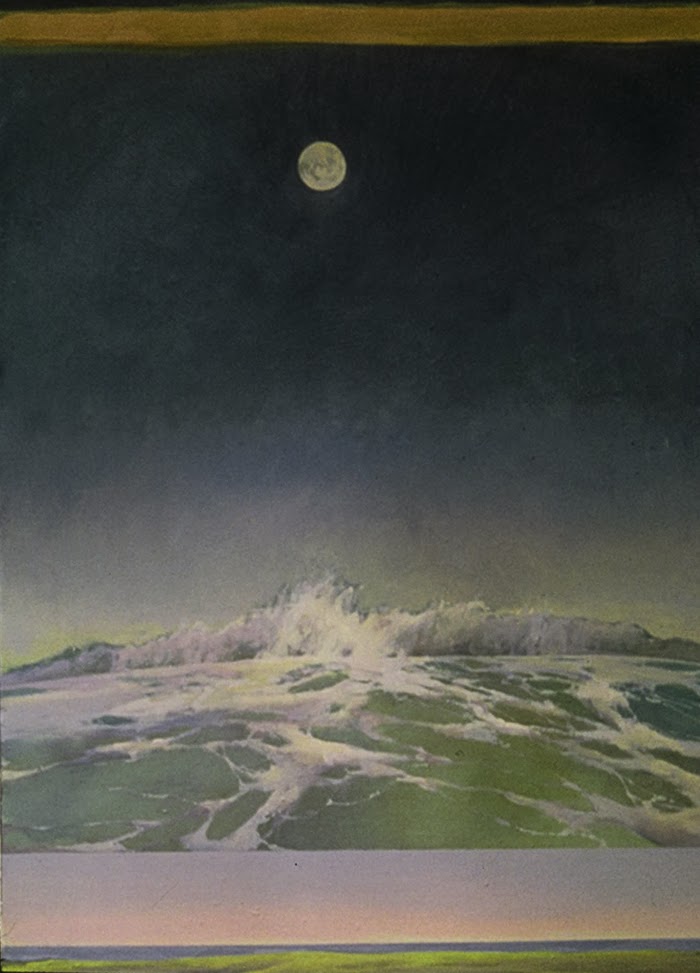 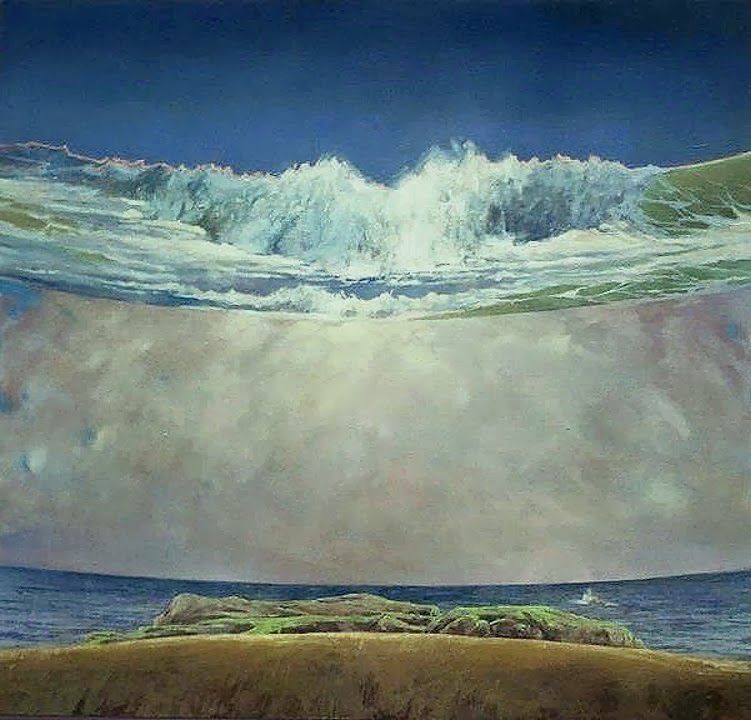 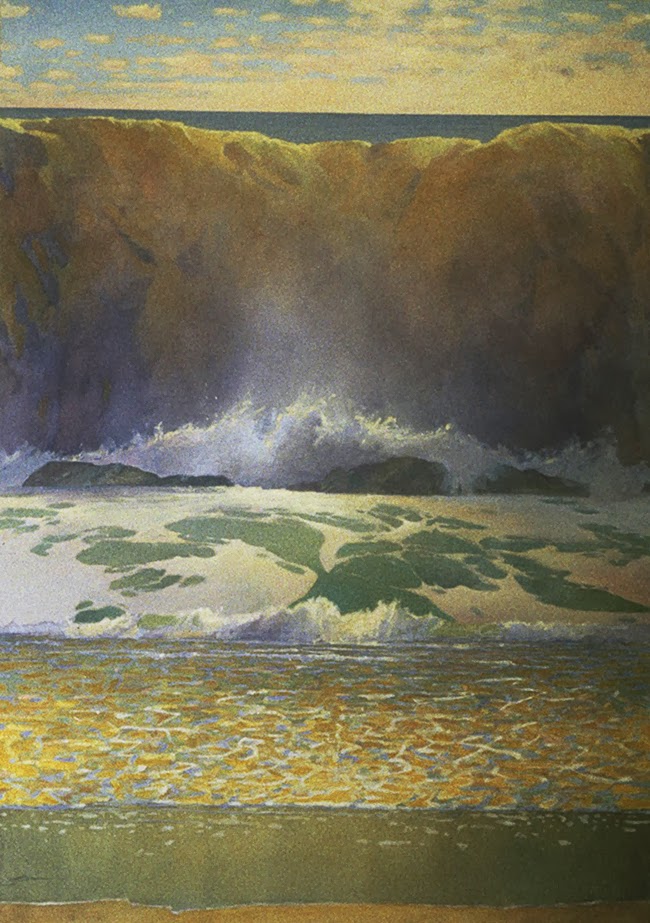 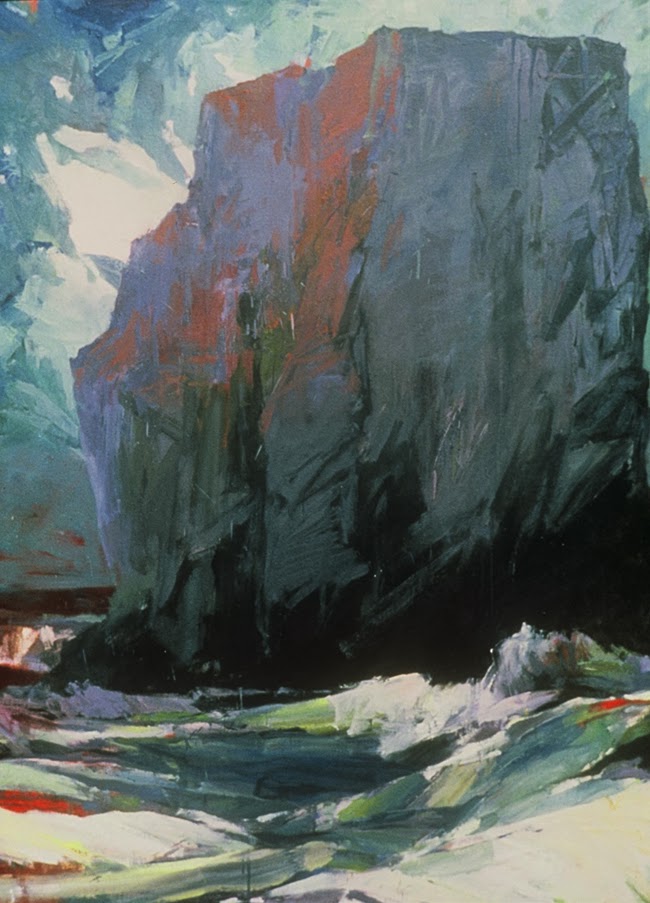 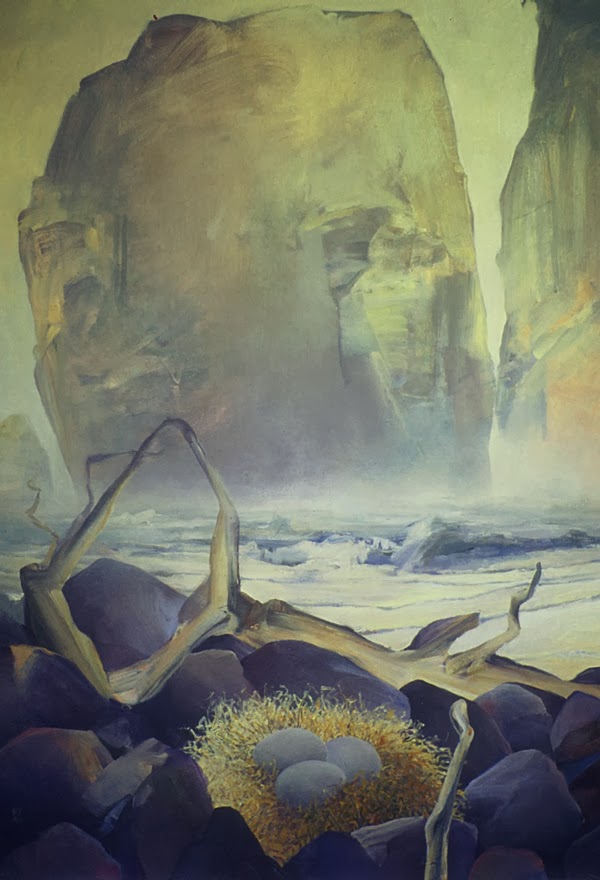 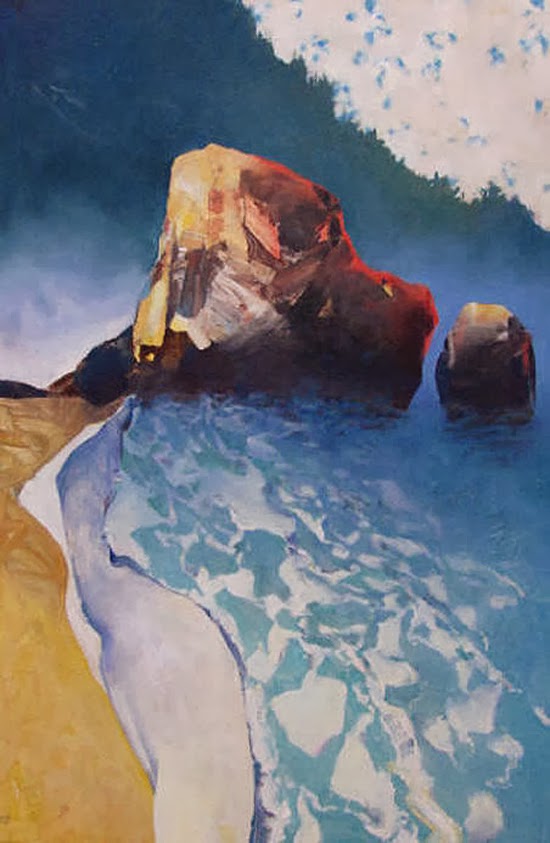 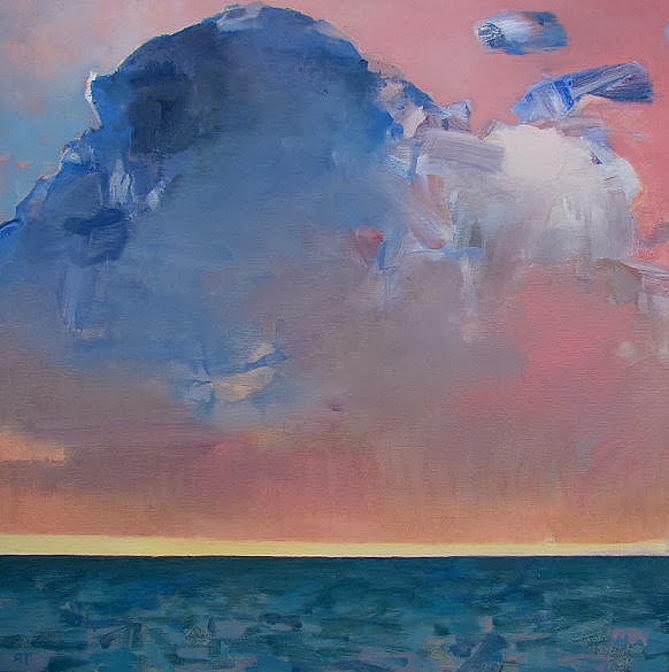 
work in the studio

What a fascinating post, how interesting to see your work evolve - thankyou for sharing these. :)

Hi Randall,
Truly spectacular work. I'd love to see these large paintings with someone, or something in the photo to better show their scale.
Have all of these been sold or do some remain in your personal collection? I'd be amazed if they hadn't found good homes by now.
Enjoy your tomorrow.
Sincerely,
Gary.

Wow, Randall. Thanks for posting these. Really wonderful.

Happy V-Day to you and John.

AWESOME - my fav - and it blew me away was fourth one down.
now we can see the talent was always there and your journey has been from the specific into the abstract and imagination. A true artist.

So interesting and lovely. They are really nice together - a body of reflections that add to the intensity of each one.

I love seeing these in a series...like a time lapse. Funny, this morning I was just looking at my little book about our time in Mendocino and was thinking of you, so young, so disciplined...painting most every night on the farm.
It still astounds me (as does your talent). Thanks for this.

Hello Randall! But you are (and already were in your 20s) a "natural born painter"!
I feel something like a new frontier crossed between 86 and 88, a passage leading to your present world. But even before, the job was done. Fabulous post! Sincerely. JBP

What a wonderful peek into your life, Randall, to see that painting has been your gift from the start. I'd love to see what you did when you were 6. I'll bet the talent was there then, too. These are wonderful paintings, full of your emotional response to the majesty of the sea, sky and looming rocks. I guess this proves that one doesn't have to keep his eyes on the sea or scene to remember well enough to paint the emotion. I've learned so much from you.

And that great piece from 1974, you were a kid back then!