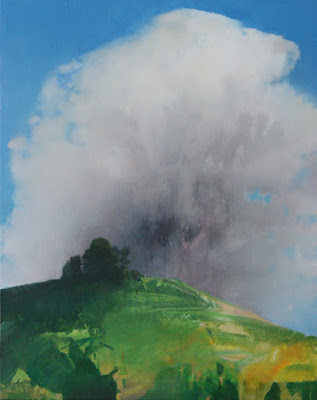 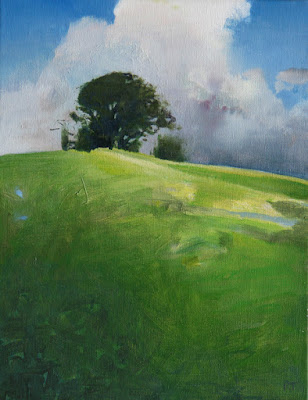 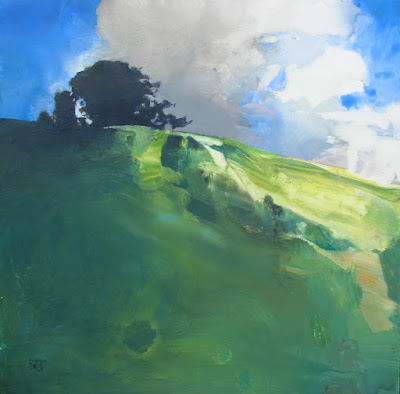 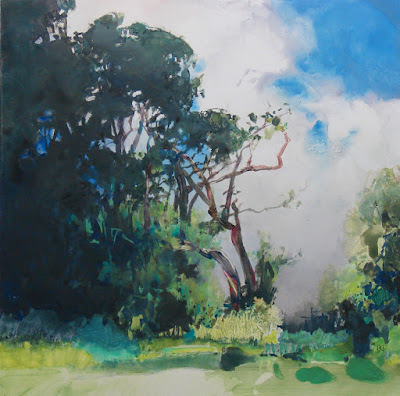 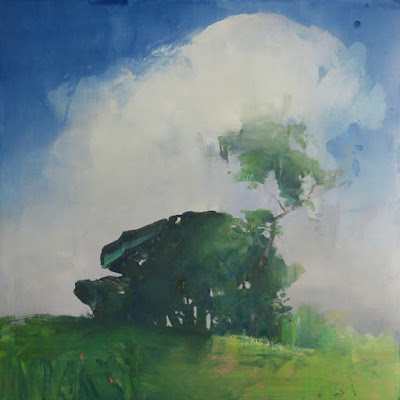 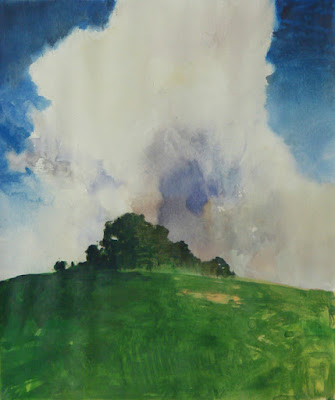 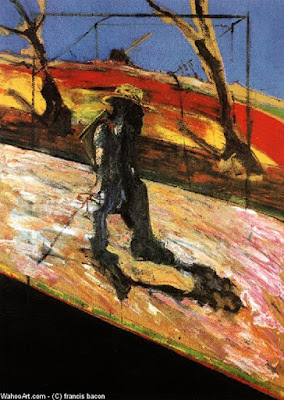 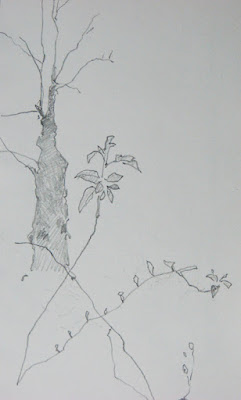 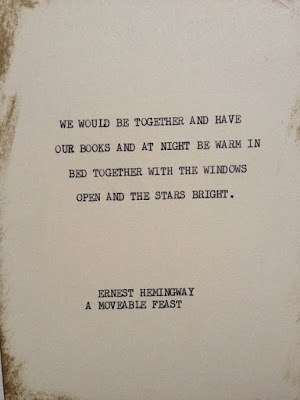 Working in a series on the same subject or same single item, is a good way to explore. I like all of these versions you've painted; and thanks for sharing the Francis Bacon painting - fascinating take on Van Gogh but you know immediately that it's him, don't you? I'll have to search these out and see more. Hope you are enjoying the slide into autumn (enjoyed the quote from Hemingway, too!)

Hi Randall,
These are all so great, I can't pick a favorite. Space, light, great clouds, all beautifully interpreted with such a variety of materials.
Your work has inspired me to try my hand at interpreting, rather than making slavish, bad copies of what I see from the studio windows. Your paintings not only inspire, but also create a challenge trying to get them out of my head!
Do you really have to paint so well?
Between Diebenkorn and you, it's really tough to keep from inadvertently doing derivative paintings. It sometimes feels like you two have used up all the creativity in the world.
But, I'll keep trying.
Have a great week.
Sincerely,
Gary.