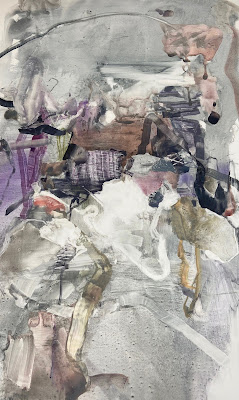 The end is near. The final weekend of the Portland Open Studios will be over on Sunday at 5pm. My promotional role will conclude, I promise. No one disdains this kind of attention seeking more than me. Unfortunately so, as social media become ever more dominant and influential. My work is the best part of me, I want it out front, not me. There is irony in writing that sentence on one of the first forms of social media, the blog. Nonetheless, most artists are intent on their work. That process is so personal, to draw attention to ones personality seems distracting at best.

Weekend #1 began so slow, I could feel the existential dread of my comrades. Would we sit for four lonely days in our studios hoping a sliver of the public would come through? By Sunday things were looking up. My visitors seemed more engaged with the work and the event than I remembered from other years. More of my neighbors came!

What struck me though was the pessimistic view of life I was hearing. The pandemic has been brutal to so many but because I am so isolated by my nature and because of CDC guidelines, I hadn`t heard many first hand accounts. I knew I had it easy but not to the extent of it. A grandmother told me about her daughter, a school teacher, who suddenly was forced to teach online without any training, while her own three children were now home with her and having to learn their lessons on computers , tablets and phones. Just one family. That this sort of situation was global defies the imagination. Should it be any surprise the crime rate is up?

For someone to visit a stranger to see their artwork is unusual. Those that do this believe in the value of art. They are not negative. They get into their cars on a wet and cold fall day and travel to see some paintings, to talk with an artist. Receiving these 'pilgrims' was such an honor. I was heaped with praise and they traded their money for my painted sheets of paper. How wonderful is that? If they had a live for today attitude, I understand why. We are becoming aware of a crisis that is engulfing us. It`s the hot climate, world politics, immigration, severe income inequality, the rapid extinction of animal species and the possible end of democracy in my country. Hope is going to take on a whole new meaning. 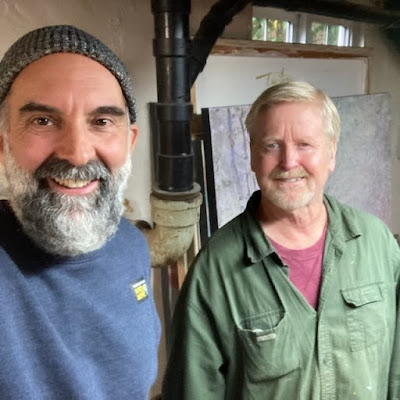 That`s David Trowbridge and me this morning in my studio. He is also an artist involved with the Open Studios this year. We had studio visits to see how we each configured our studios from working space into 'galleries'. It was fun. I`ve watched his work closely over the years and he`s achieved a solid maturity recently. He began introducing graffiti elements into his bold abstractions and that has enriched their visual character and also enlivened their emotional nature. As if fresh air or a new light has entered into his jazz inflected work. I`ll begin with an older piece I like; 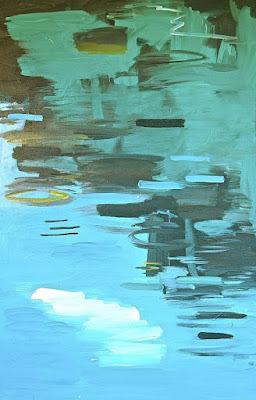 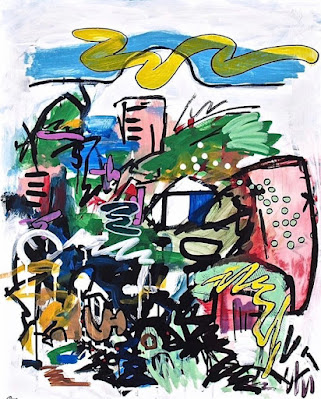 Child of the Wind by David Trowbridge
notice the distinctive Portland landmark, Big Pink, at the top of this downtown scene 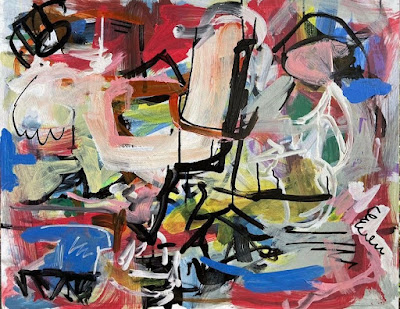 [untitled] by David Trowbridge
Here, his graffiti marks tilt toward calligraphy. Go take a look in person this weekend. His studio is #93, and it is clinging to the hillside right above the Markham Bridge. The view is spectacular! 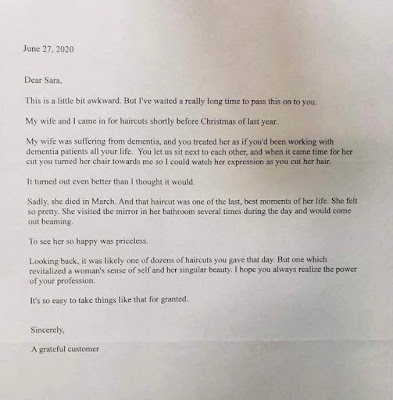 My brother Michael is a barber. I love that he has such opportunity. How we feel about ourselves affects everything. 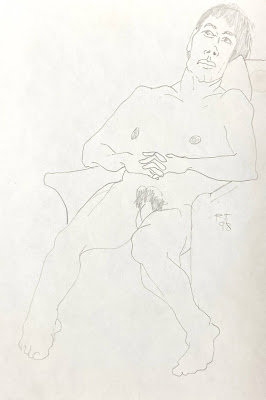 In cleaning up for the open studio, I found this drawing. I drew this impossibly beautiful young man 23 years ago. I remember hearing he was having a hard time and I think a wariness is visible here. He would be close to 50 now. I hope things got better. 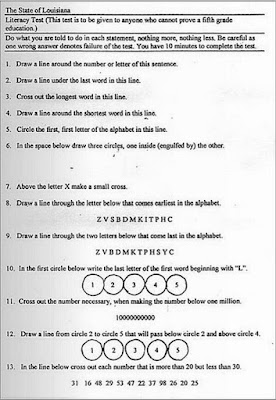 This is a literacy test for voting from Louisiana given to people who could not prove a fifth grade education. This is why we need 'critical race theory'. 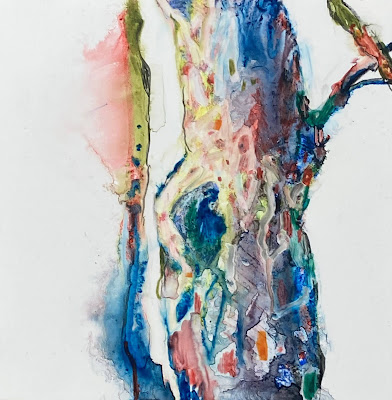 The only artwork I have been able to do in 10 days. 6x6 inches, scribbled in watercolor crayon before my first guests arrived last weekend. 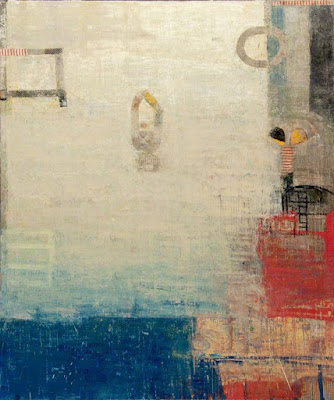 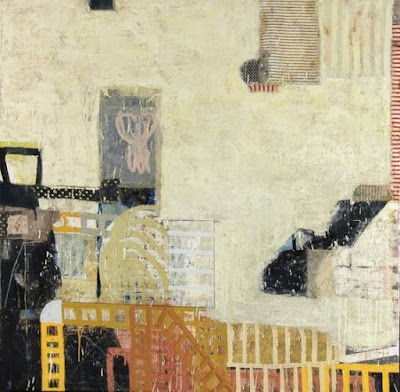 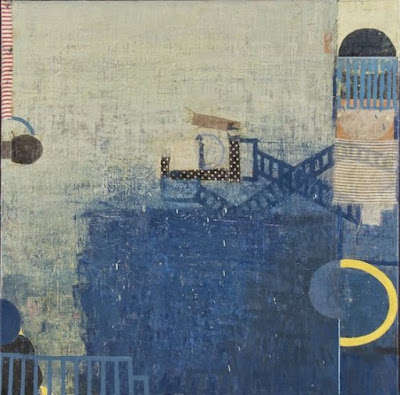 Sammy Peters
If you are lucky enough to be in Santa Fe New Mexico this month, be sure to drop by the LewAllen Gallery to see the astonishing works of Sammy Peters and Ben Aronson. Both of these guys have been doing museum quality work for years. To be able to see multiple paintings from each of them in one place is extraordinary good fortune. And to see them in a city as beautiful and beguiling as Santa Fe, that`s pure luxury. I wanted so bad to visit New Mexico last summer. The monsoons had returned and the photos I saw of a lush landscape where there had been extreme drought, were amazing. But having had two plane trips since my vaccine and the Delta variant gaining strength, I thought I shouldn`t push my luck.
If your vaccine is recent, or you`ve had a booster, maybe you deserve a little vacation. Maybe I do. 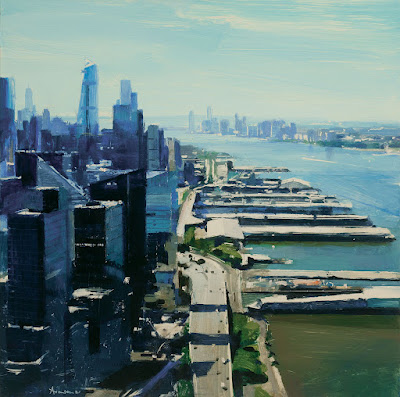 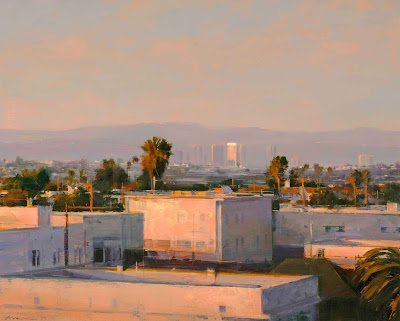 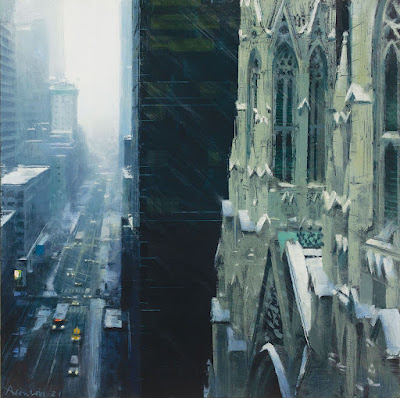 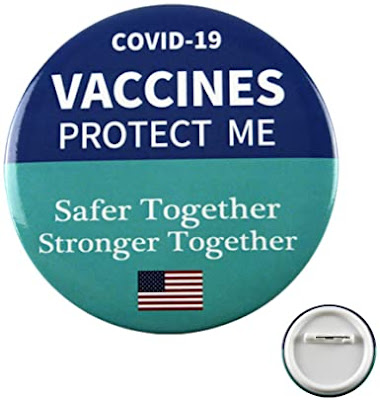