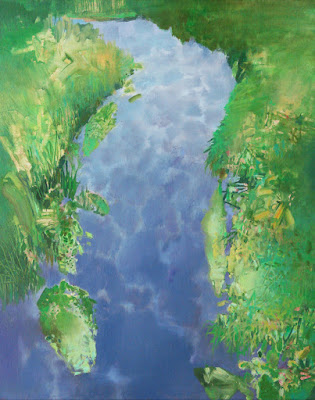 
A couple of weeks ago I walked the completed Burnt Bridge Creek Trail in Vancouver WA. Much of it was open to the sky but on this overcast day it was cool. The new growth of the season was peaking, the grasses forming seed heads but nothing yet fading to yellow. This moment in the Northwest is truly extravagant, everything exudes health and vitality. Then it ends suddenly as summer advances and the rain stops until autumn.
I painted two views of the creek. 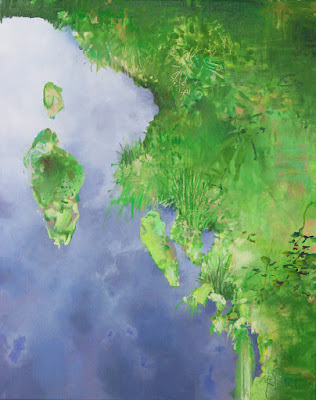 
And the antidote for green is Red of course. I need it more than ever in summer. 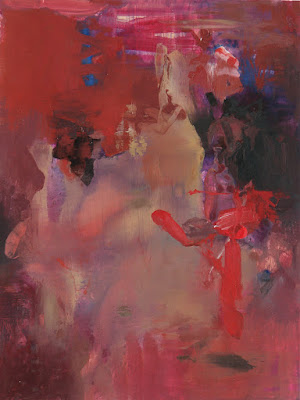 
In a 'first' for me, I did some plein air painting the other day in a friend`s boat on Lake Oswego. Although we were anchored somewhat, the boat drifted in a slow circle while we painted Phantom Bluff. The steep basalt cliff has an almost decorated look with colorful lichens, mosses and ferns cascading down it. Best of all was just feeling the water under the boat. Just a little motion which along with the sweet breeze made for an 'I can die now' sensation. The painting was shiny and wet and I thought 'Damn  Randy, you good!' Then I went home and saw it dry. What was I thinking? My bold adventure in color looked garish and cartoony; 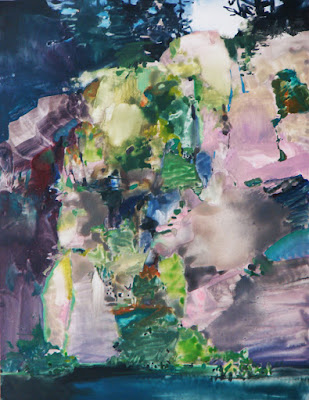 
It was still a lot of fun!
I did do a remarkable rescue however. When I got rained out painting with my friends beside Tryon Creek during the Paint Out, I figured my watercolor had been ruined. This is what it looked like when I pulled it from the plastic bag meant to protect it; 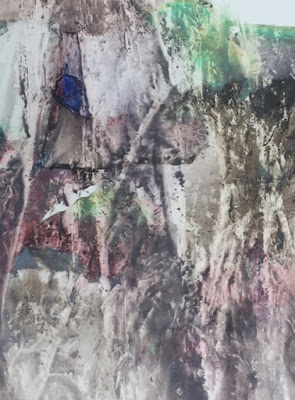 But because the experience was so recent and my impression of the dark creek still clear, I was able to find my way back in; 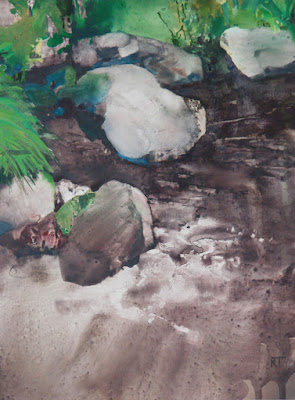 
When the great painter Mark Rothko committed suicide in 1970, I was 16. This was obviously a tragedy for the world but also a devastating personal blow. I was beginning to imagine about my future life as a painter and he mattered to me because of his persistence through ridicule and poverty. And he had become celebrated at last!
“The only thing I care about is the expression of man's basic emotions: tragedy, ecstasy, destiny”
His shimmering giant paintings had opened up the concept of abstraction for me. He was the guide who showed me exactly how less is more; 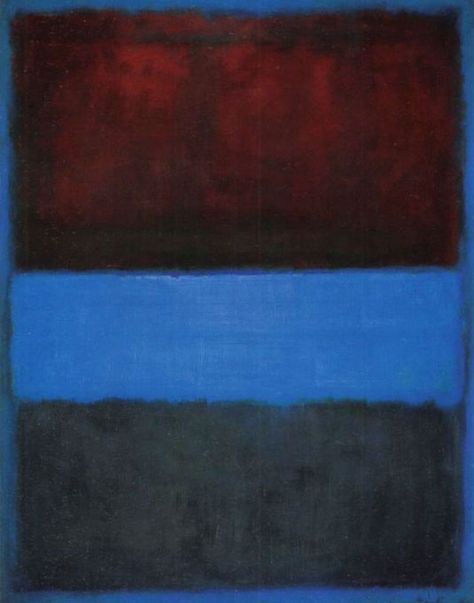 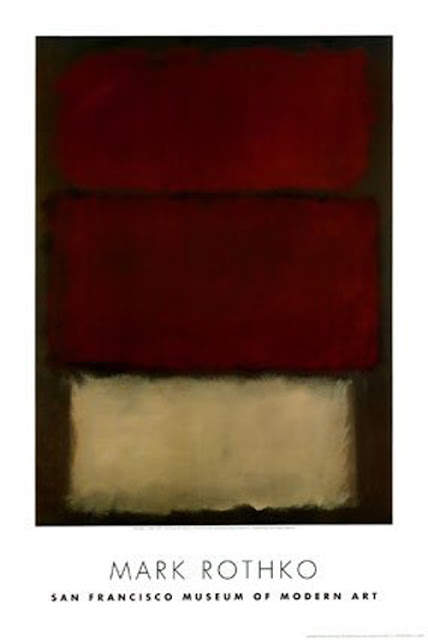 Chronically depressed, acclaim and success could not sustain him.
Through Pinterest, I`ve run into some early watercolors he did as he was becoming influenced by the surrealist ideas about the unconscious; 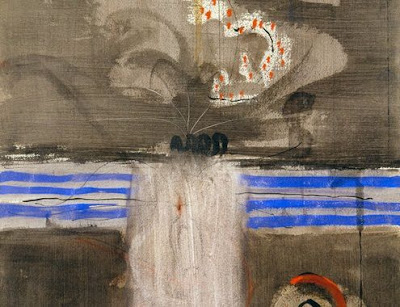 So when I saw these, I was initially shocked. The disrespect shown to this grave, tortured artist was an outrage.
But also hilarious! 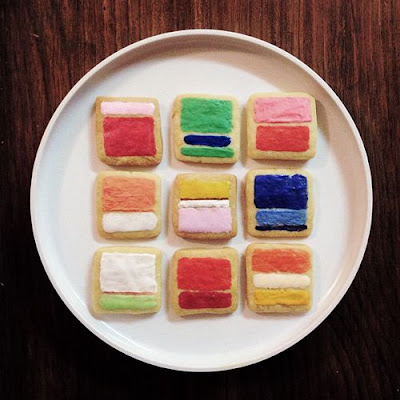 This is good too; 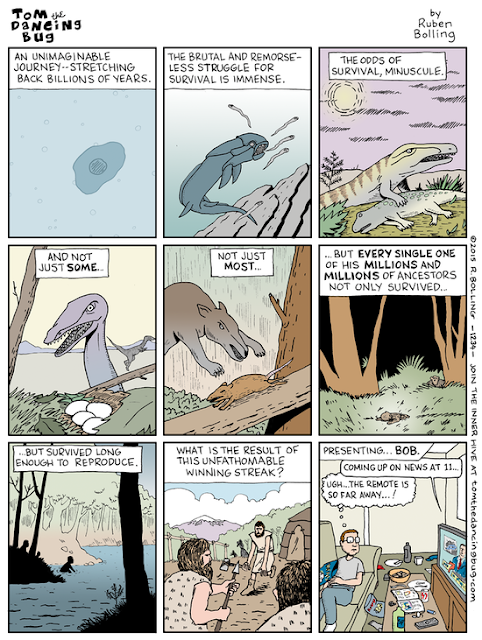 The extraordinary painter [and pal] Don Gray is having a show at the RiverSea Gallery in Astoria June 13 through July 7. Included are some truly poetic seascapes like this one on the invitation; 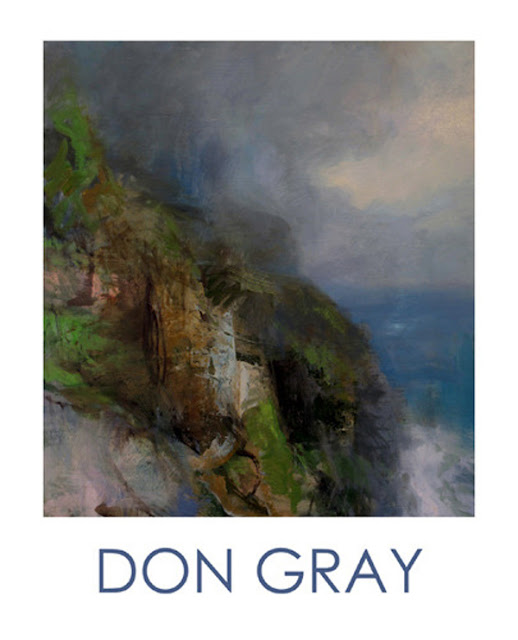 Check out Astoria while you`re there. Our local public radio was touting it as a new hipster outpost. It couldn`t be more beautiful and it`s affordable! It`s like a tiny San Francisco! 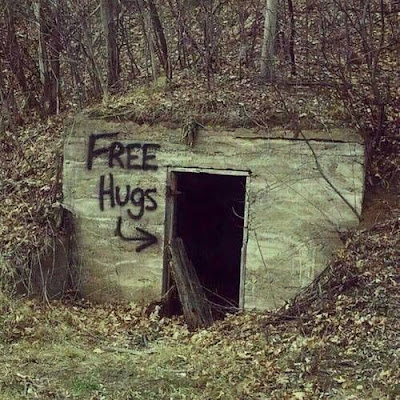 work for sale in my studio
Posted by Randall David Tipton at 3:11 PM

You execute water just as beautifully as you do skies. I shouldn't be surprised!
Don Gray - fantastic!!!!

I like that antidote for green! It's how my landscape actually feels right now-hot, hot, hot!

Don's work is wonderful isn't it? I always wonder about how he can go back and forth from his abstractions to his realist style.

A good save too. I liked both efforts though:)

I don't know about that last photo though. It looks like a spin on the Blair Witch Project!

Hope you are staying cool up there. We have lots of heat and "brown-ness":)
Libby