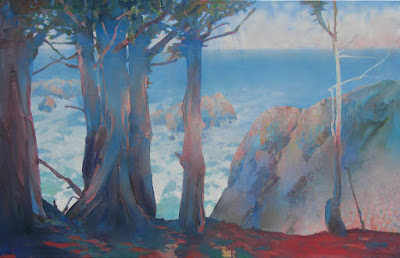 
My stint of art school took place in Mendocino Calif. in the fall of 1972. The small village sits on the south side of a huge sloping headland jutting out into the ocean. A meadow covers the rest with spectacular views of the sea in three directions. It is now a protected state park.
Near the bathrooms and picnic area was a grove of Monterey Cypress. One group of trees formed a circle with the trunks like pillars framing the scene. I loved to go there and sit at a table and watch the ocean beyond the cliffs. Lots of activity, loud and salty, but the trees made a peaceful sanctuary. Another group of these magnificent trees was planted in a double row as a windbreak for the high school football field. Walking between them was a spiritual experience! At one end I had a favorite to climb and often took a sketchbook up with me. I was like a refugee, I had escaped the horrible heat and pollution of inland south Calif. I was 18 and so ripe for a different life!
The last time I was there was in 1986 when I drew these cypress for a future painting; 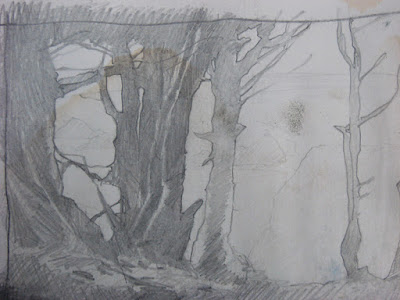 That painting was a large watercolor I did in the early 90`s; 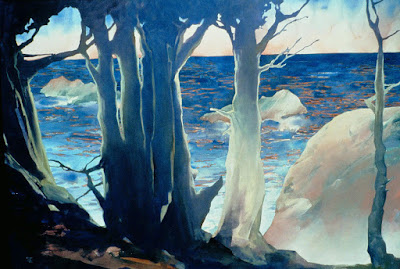 
Though I liked it well enough, the place never left my imagination which is why I just tried again. Closer! The trees formed a cozy little room and I think it`s the contrast of their serenity with the raging ocean outside it that I found so compelling.


God love the internet! Because I`m easy to google, I hear from my past quite often. Usually it`s from someone who purchased a painting long ago and they want me to know they still love it. How kind an impulse is that?! A photo of the piece is often included. Usually I cringe to see what my younger self did, but not this time. Here is one from the 70`s, a creek study from the palm canyons of the Coachella Valley;

My workshop in Coos Bay in July is full, I`m sorry if anyone was left out! 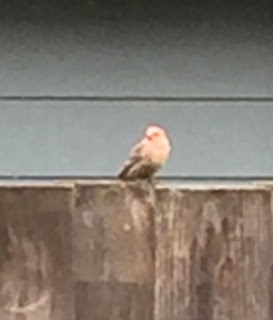 Who knows what this bird is? The photo was the best my I-phone could do. I was in the living room and it was on the fence outside. Tiny thing with a pale peach colored head and longer tail feathers than one would expect. New to my yard! In this warmer climate now, it could be from Mexico! 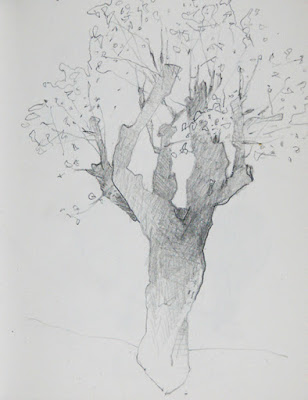 
work for sale in my studio
Posted by Randall David Tipton at 6:33 PM

I would agree with you. There is something about the CA coast, the ocean and the trees forming a sort of protective barrier and enclosure. I have always thought it was comforting, a little spooky, and as you wrote, spiritual in a way.

How wonderful that someone takes the time to write and say that they are still enjoying your work. That is a special experience. And I enjoy seeing the work through the years-the consistency of things.

Don't know about the bird but I am not a bit surprised that something showed up that wouldn't normally be there. I expect there is much of that kind of thing occurring all of the time now.

Hope you are well. We have warmish weather coming and it has been a pleasure to be outside:)
Libby

I love your trees almost as much as I love your clouds. That second pic made me gasp; the feeling of the shadow breaking into light, oh my, stunning.

The creek bed shows a hint(to me) of one of my favorite painters - Charles Burchfield. Please take that as a huge compliment.

Although I like the watercolor painting of the trees, the top oil painting is beyond compare - it is one of the most sensual paintings I've seen on in a long time. Perhaps it's the shapes, twining together like a sultry dance, or the colors, so soothing and beautiful, but you nailed it in a big way with this one! Absolutely gorgeous. I will return to look at this one again and again and... :) Have a wonderful week.

I wish I was one of the lucky students who you will be working with in Coos Bay, maybe next time.I sent you a message on FB.