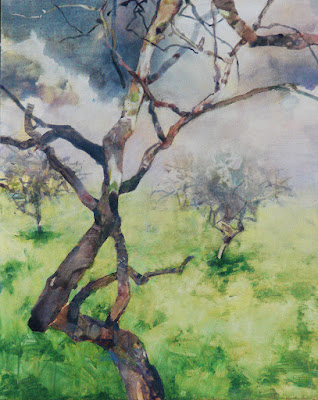 When I saw them in January I was impressed with these small grizzled trees. Most were not that old but by being on a hill, bearing the brunt of winter storms blasting through the Columbia River Gorge they appeared to be elders. Each had character. The group was like a regiment of retired military men still proud and standing tall. I thought, I could make a painting of this. So a week ago I arranged to visit Kevin and paint his orchard. Conditions weren`t ideal but I knew the trees would soon be in bloom and then leaf and my opportunity gone for another year. It had been many months since I had painted outdoors but my gear was mostly intact and ready. Just as I was about to leave, Kevin calls and says don`t come, it`s freezing up here, you`ll be miserable. I sighed and let the idea go. Fifteen minutes later, just as I felt myself slip into a nap, my phone rings again. He says come now, the sun is shining, it`s beautiful! I politely tell him he had already ruined my day and that I was now on to other projects. But do me a favor, please go take some photos of it. He did.

In the last year, in response to the catastrophe of the pandemic, I began to work abstractly. Something I`ve frequently done but not for an extended commitment. With the world as I knew it threatened, it seemed like the right time to try something  challenging. As I`ve mentioned, it has not been easy. Recently though, they are coming a bit faster and that feels like progress. I`ve also done some occasional representational work to reassure my sense of competence. With a subject, there is always that reference to help orient the painting. In that spirit, I wanted to paint this orchard. In New Mexico for a time, I lived in a place surrounded by pear and apple trees. I painted them often. So painting this Oregon orchard should be fun. It wasn`t. For some reason, maybe with all the uncertainty in the last year, my judgement is off. I photograph every days work and repeatedly, in reviewing them later, I see I could have stopped much sooner. This painting too, it used to be bigger; 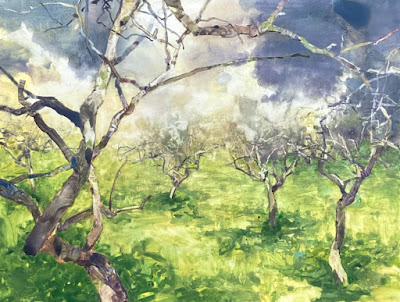 The two trees on the right I could not seem to get right so I cut them off and simplified the rest. A week later they look fine. It was a much livelier painting. This mistrust of myself is not good. I suspect the isolation has disrupted my perspective. I want it back. 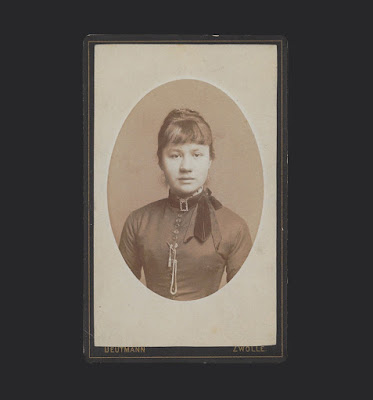 I`m really not an agent for the New York Times and I apologize for recommending something behind a paywall. Remember, they will let you read a few articles for free every month. Come back to this story, it`s a good one. Jo van Gogh was the wife of Theo, Vincent`s brother and protector. Theo died less than a year after Vincent`s suicide at 33. Jo and Theo had been married 21 months. She found the brothers  now famous correspondence and read them in remembrance and affection for her husband. It was an education. She began to fully understand what the two were trying to do. Vincent as an innovator searching for a new visual 'truth', and Theo always there to support his brother financially, promote his work and encourage his broken psyche.  Her brief happy marriage was gone but she knew something extraordinary was in her possession. She owned all of Vincent`s 400 paintings.  It`s really touching how she responded to the grief and the work in the same spirit of the brothers. 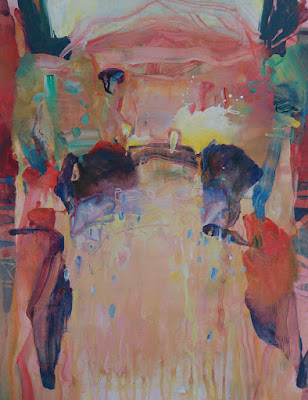 April is Back mixed media on Yupo 26x20 inches
April in western Oregon is absolutely magnificent, I had to respond. From the start it seemed I was painting something theatrical. A temporary performance. I have painted spring landscapes for years and years. All were earnest and all were disappointments. It`s just too delicate and with such day to day momentum, it feels kind of foolish. Better to just be out in it. 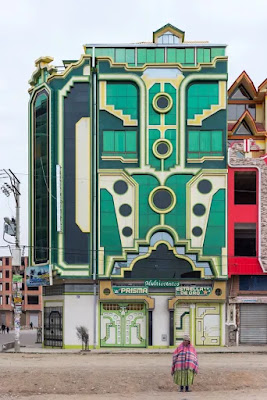 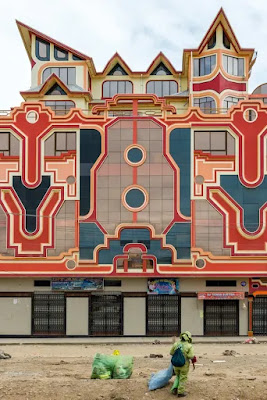 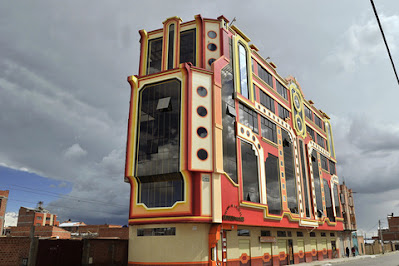 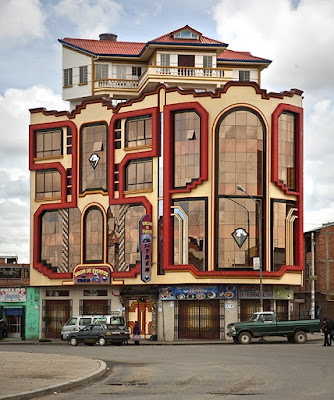 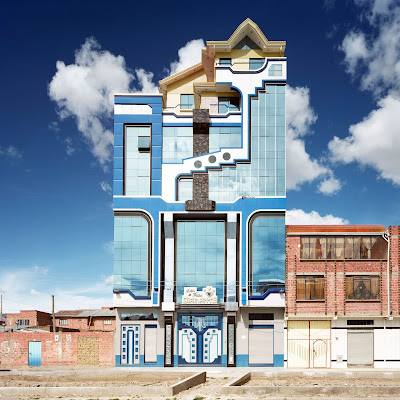 Have you ever seen such joyful buildings??
I don`t know how I stumbled upon them but they are the creation of a self taught architect, built by indigenous owners in celebration of their new economic prosperity! Good job!
Businesses on the first floor, dance hall on the second, apartments on the third and the owners home on top. Freddy Mamani Silvestre is the original genius and now there is a movement of such architecture spreading throughout Bolivia. Bolivia!! Wow, everything to love here! What I haven`t read yet is how the locals made their fortunes? That has got to be totally interesting too. 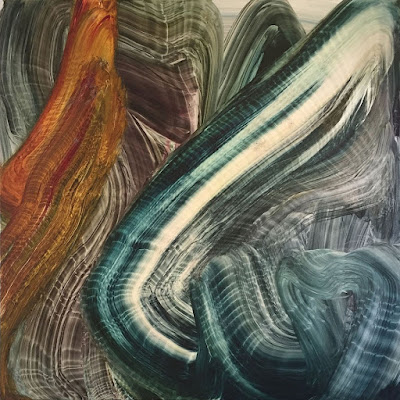 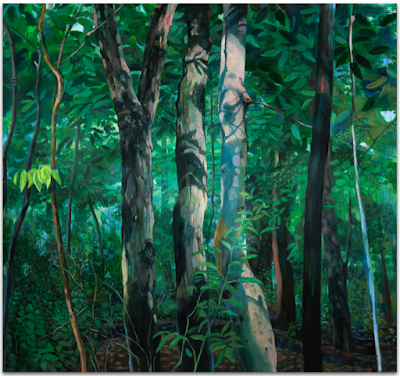 by Amy Talluto
Amy Talluto knows trees. And she`s good with a brush. She draws beautifully. 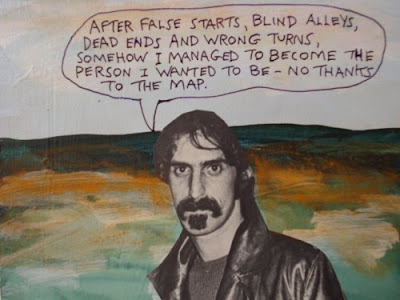 by Mike Lipsey
Please get vaccinated!
click HERE for work for sale in my studio
HERE for prints
Posted by Randall David Tipton at 9:24 PM