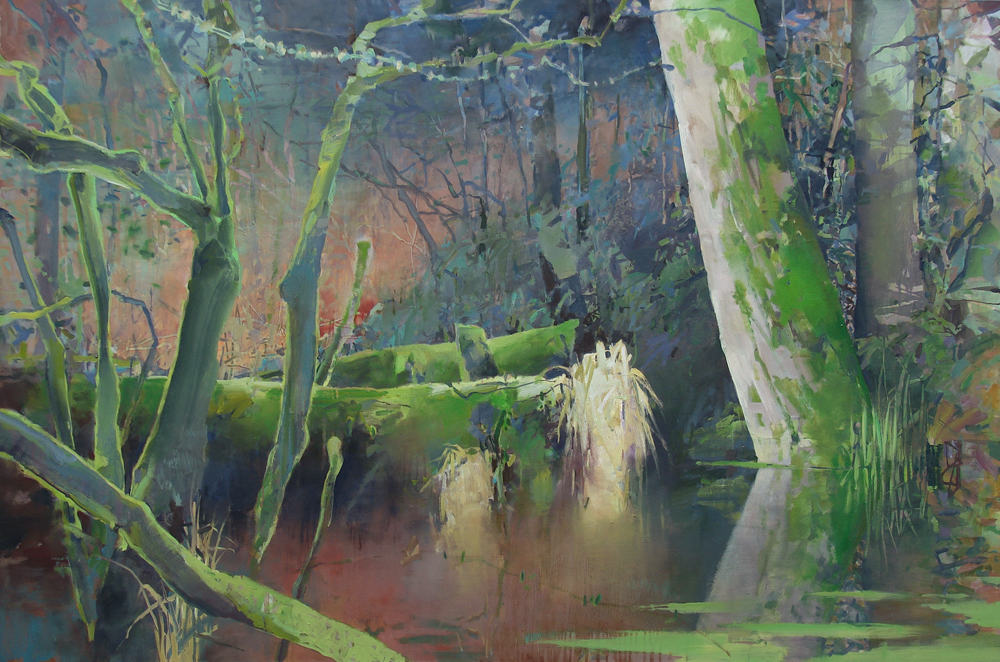 The nature of wetlands is one of dissolving boundaries. The air is so humid, it`s not so different than  the water seeping into your shoes. Solid trees are encased in deep soft moss and things are melting all around in the process of decay and renewal. Right before your eyes!
On the Oregon coast the rainforest comes right to the edge of the marsh until it can`t tolerate any more saltwater. The road to the Sitka Center for Art and Ecology is bordered by these woodlands between the Salmon River Estuary and the mountain, Cascade Head. Visually, they are as dense and diverse as anything I`ve seen.
Therein was my challenge, how to depict and contain a scene of constant flux and complexity?
I hadn`t looked at the photos of the development until now. I wish I had, as I was much closer, much earlier to realizing this image than I thought. In one day, without doing anything to it, I came close to painting over the whole thing with white. Later in the day I decided it was actually pretty good! And whether anyone notices or cares, it`s real emotion. Agony and Ecstasy going on in the basement on Lakeview Blvd. It`s just the way it is. Here`s how I got here: 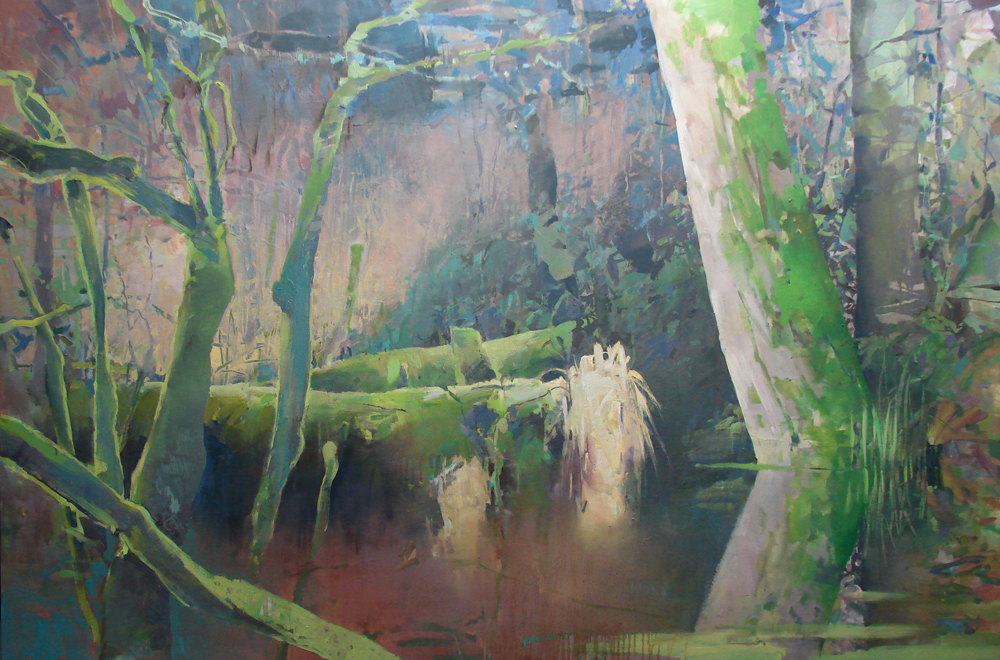 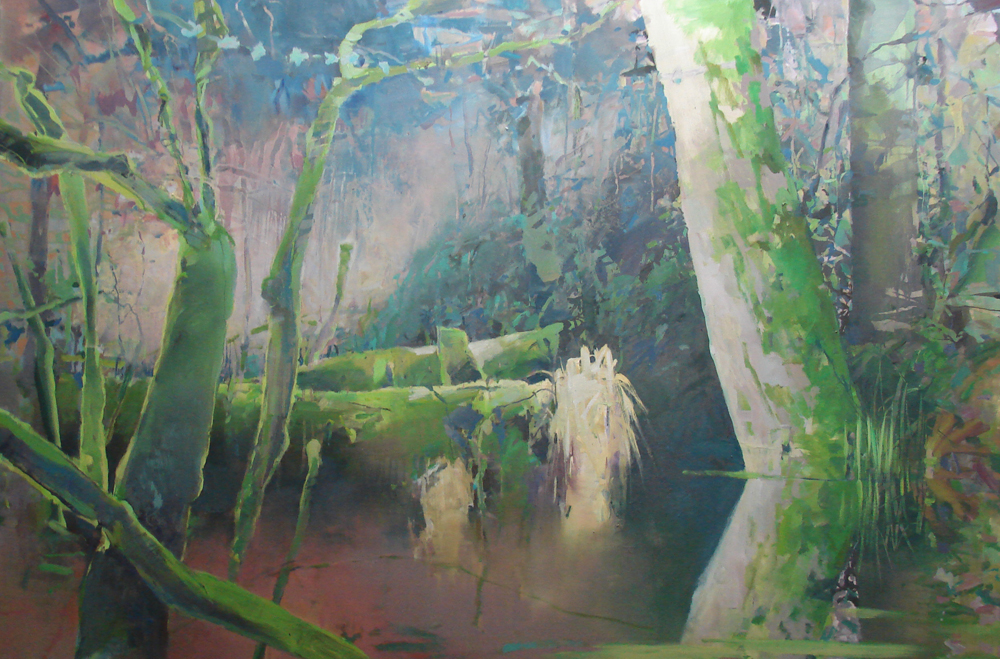 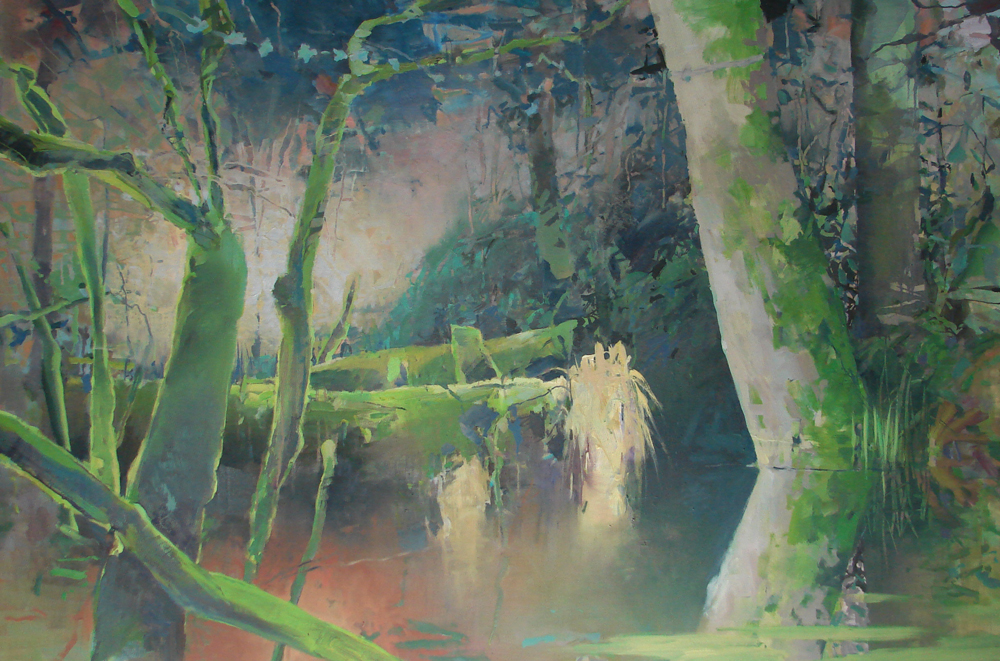 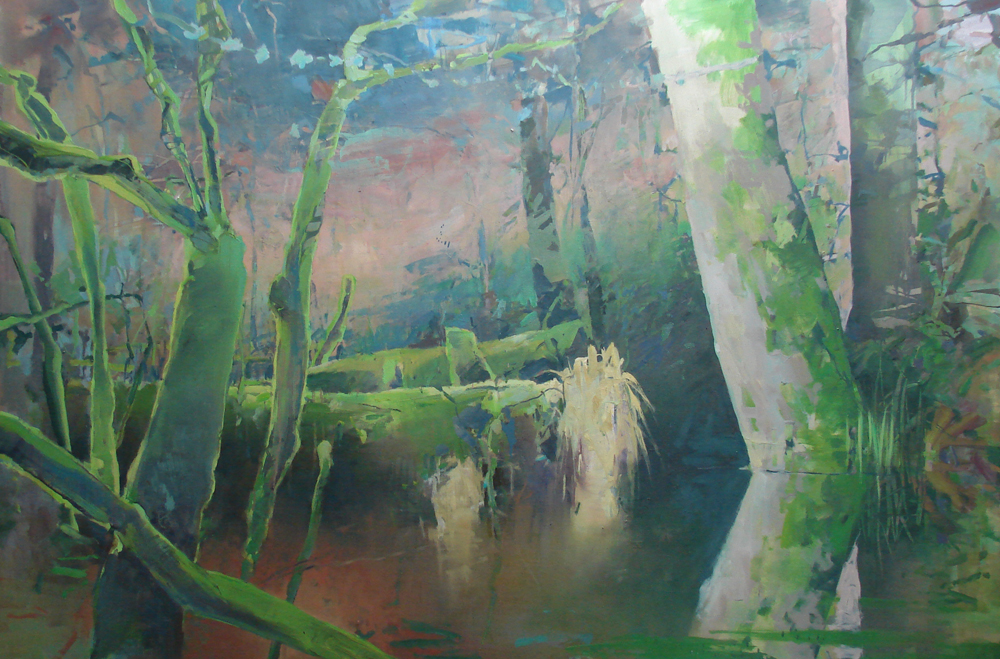 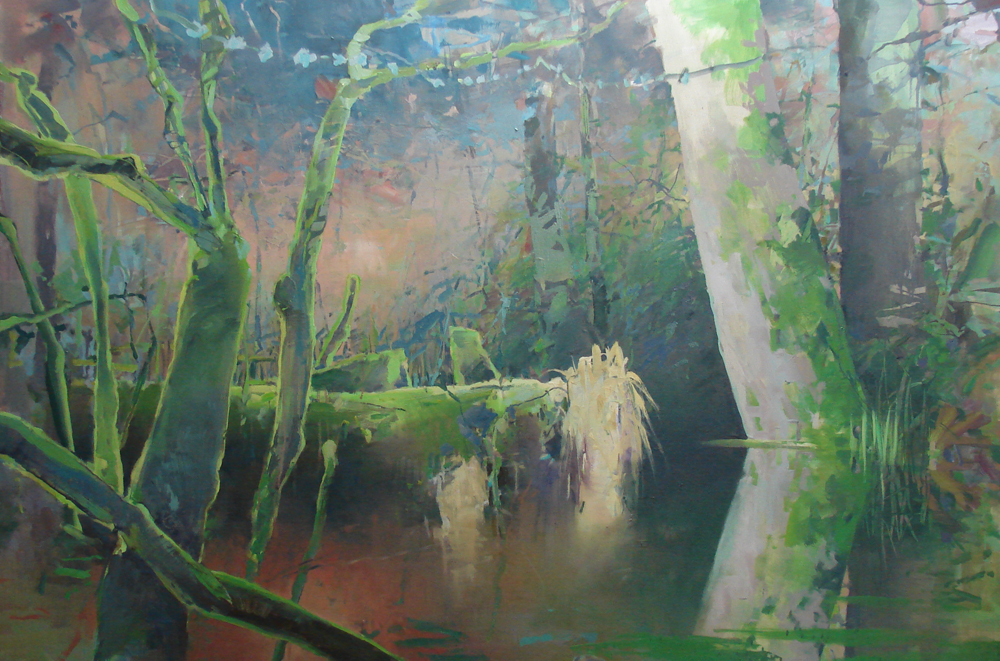 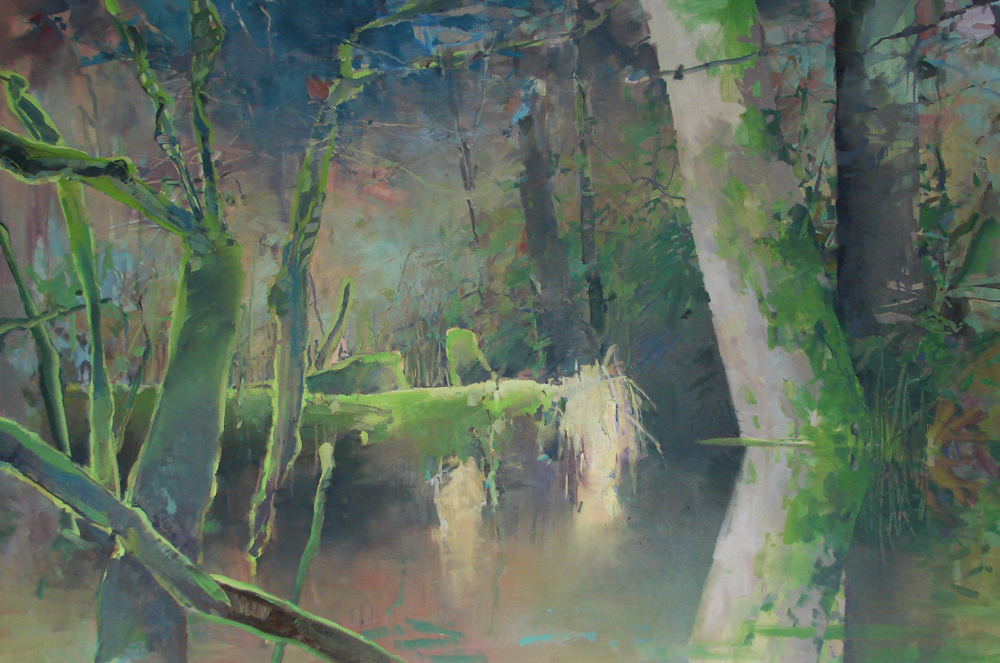 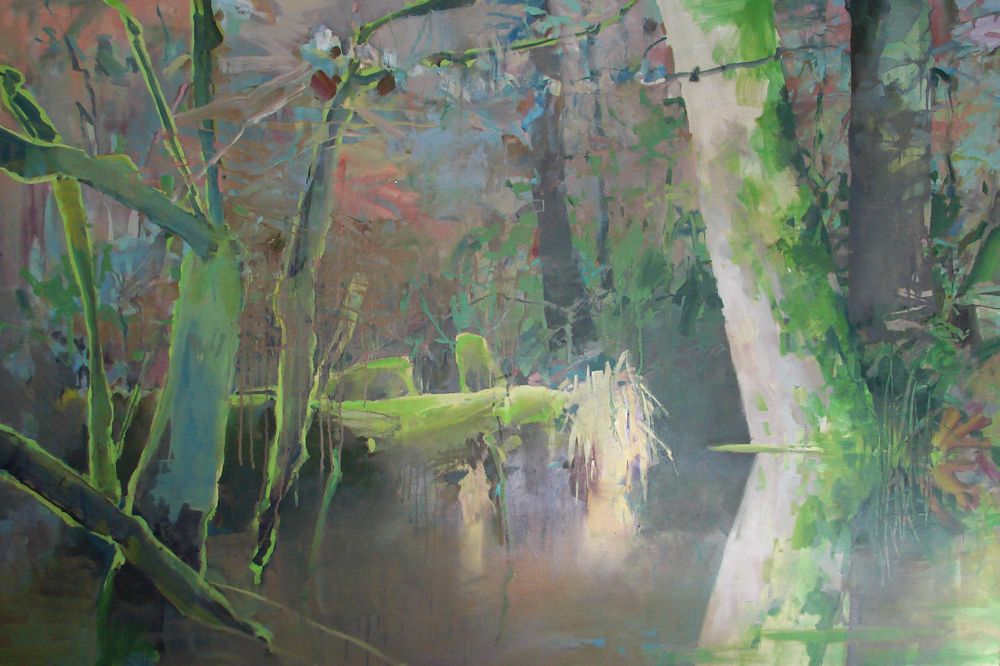 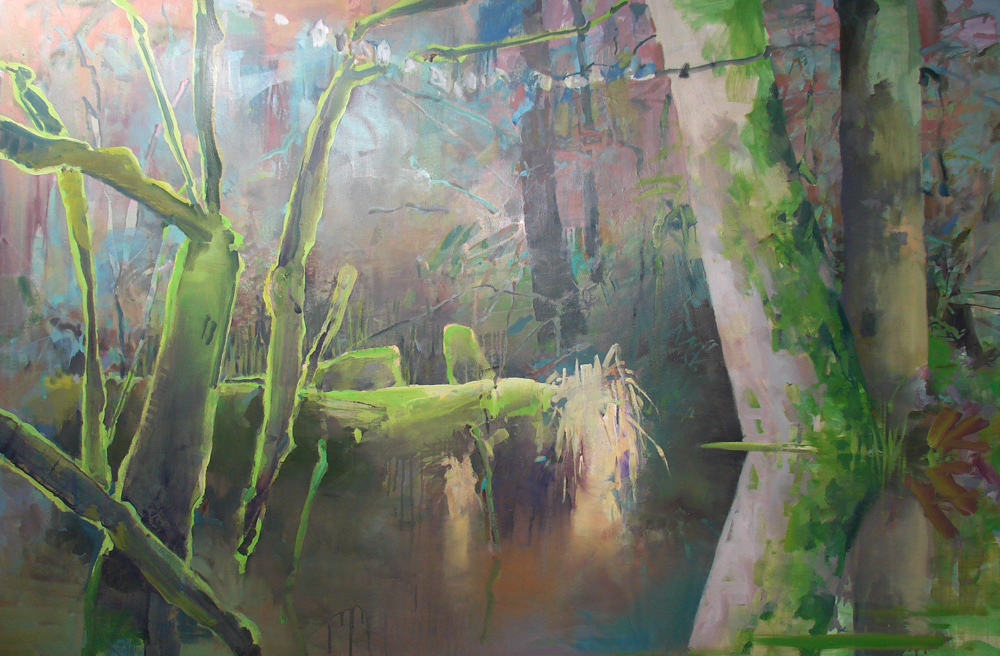 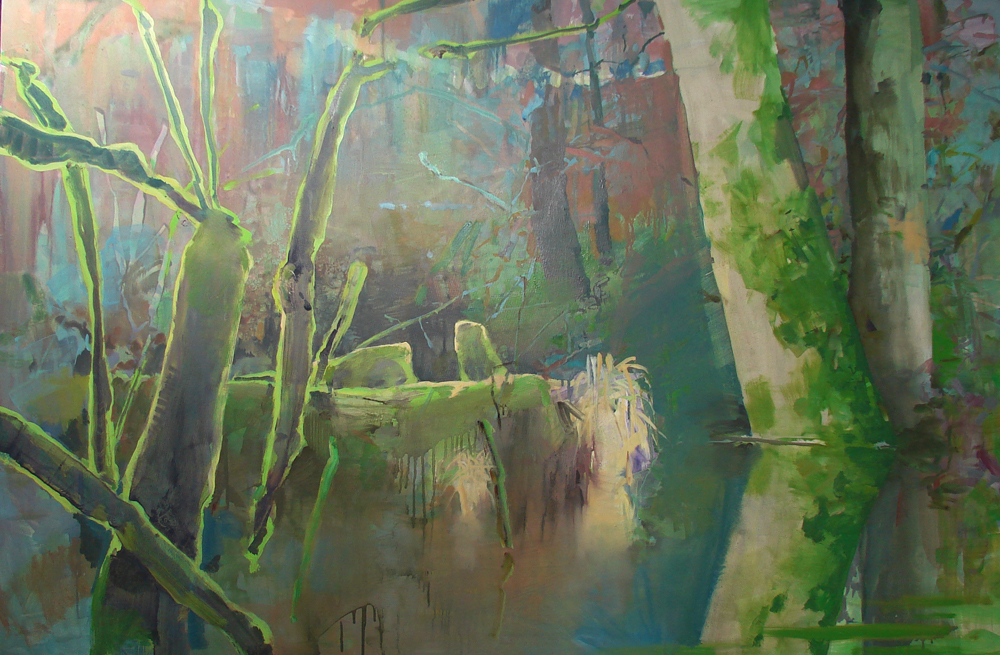 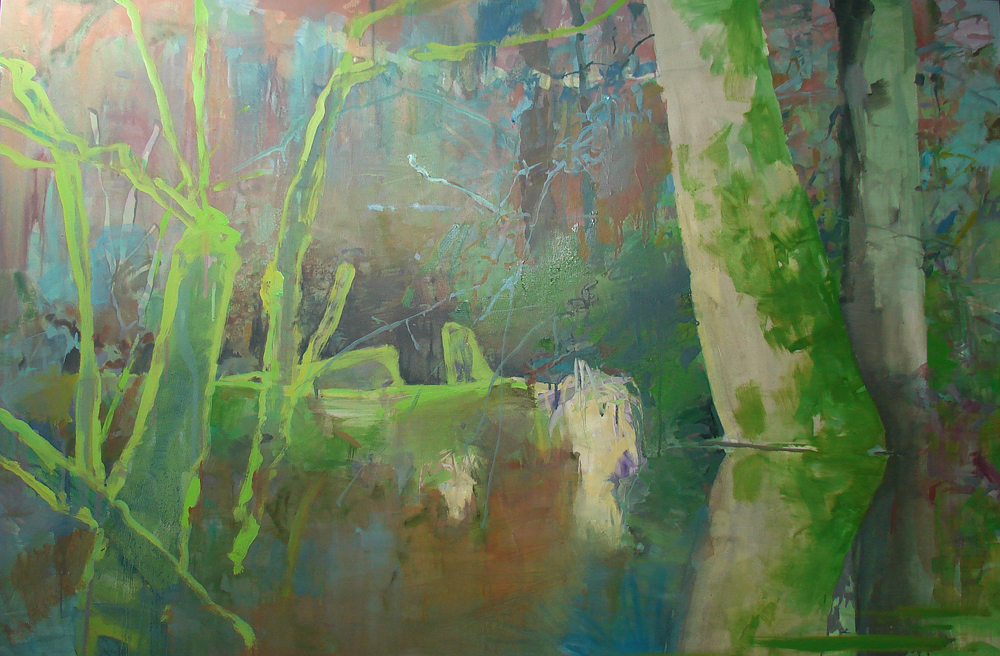 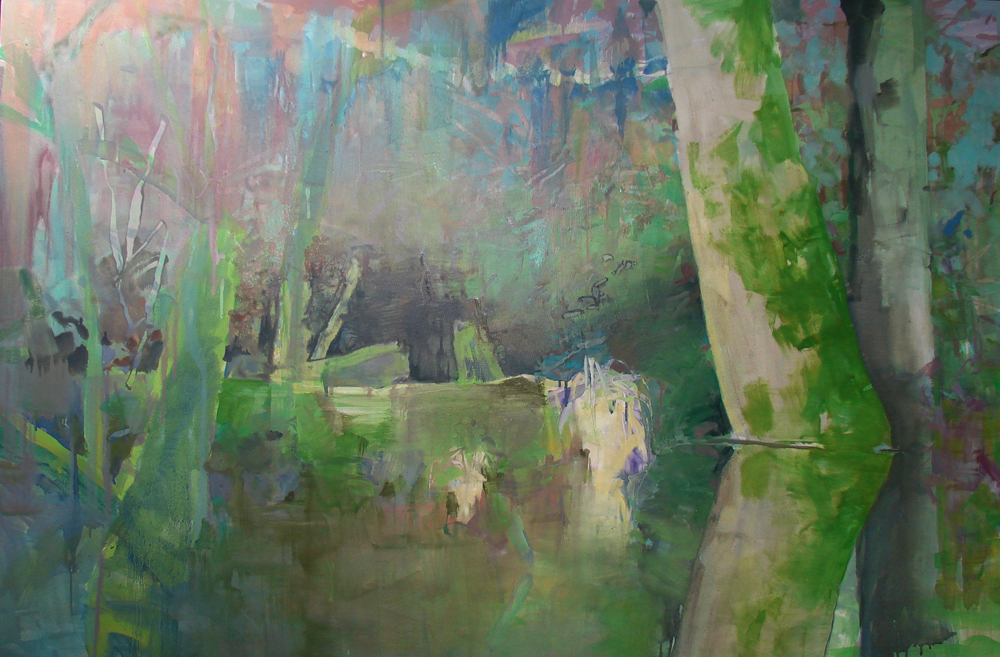 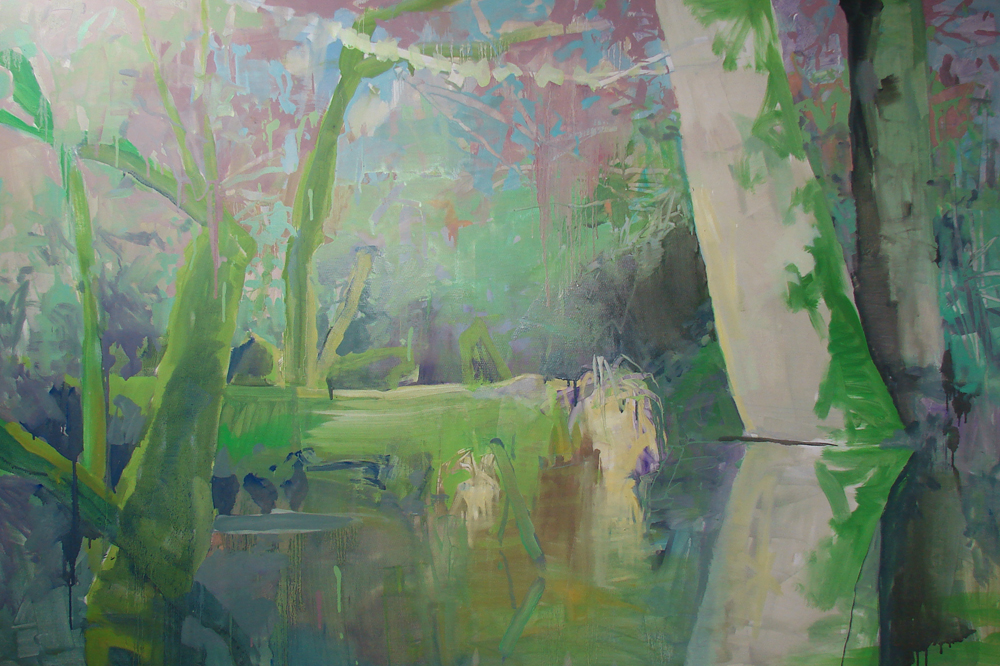 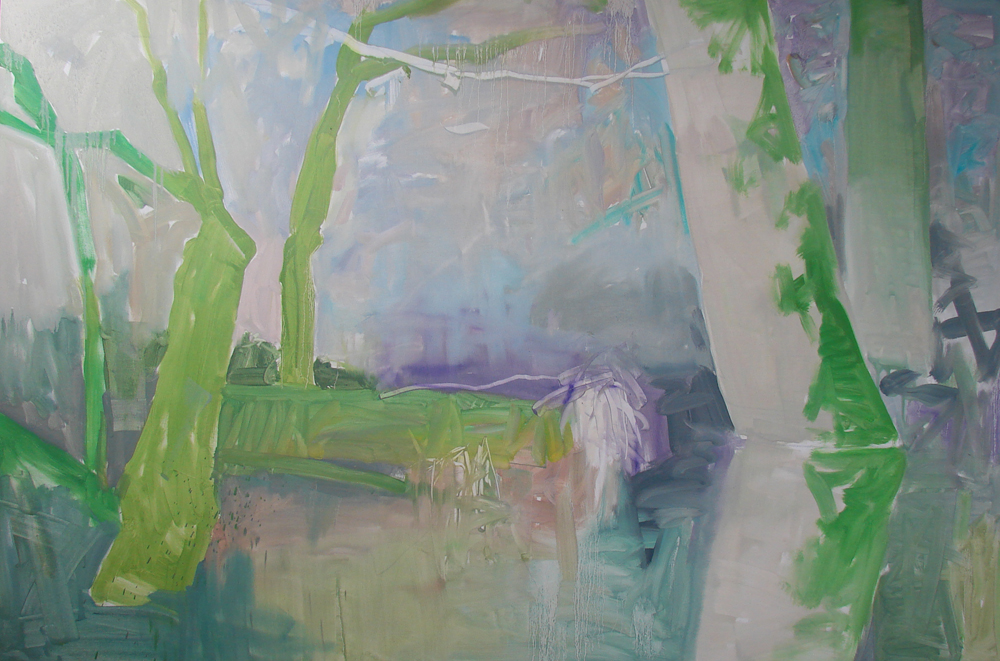 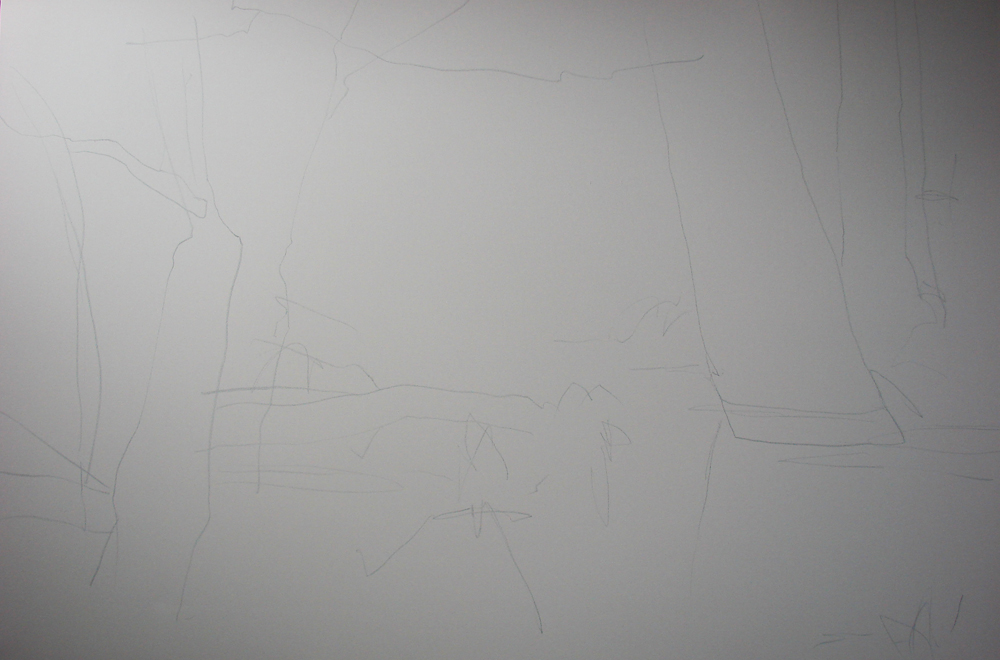 All but the finished photo were shot casually inside my studio.


work for sale in the studio


Posted by Randall David Tipton at 9:51 AM

It's fascinating to see the steps in your progression from white canvas to a lovely wetlands painting. There were several stages where I'd have said it's done but the final stage shows why a master artist keeps plugging along, overcoming your own feelings of inadequately representing the landscape. It's so beautiful!

It is beautiful. I am always surprised that something so complex can be sorted out and represented with paint. Apart from the appearance of your work, it's this ability to organize and convey what you saw and felt that I like a lot. (That may not be what you are doing precisely but it is what I see on my end:))

Hope you are well and glad that you didn't scrap this one.

Wow! so cool to see all process! Thank you for your talent and inspiration!!!