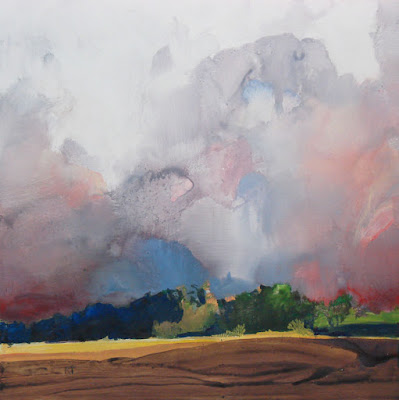 
My demonstration painting done at the Portland Dick Blick last Sunday to promote the Sitka Invitational. A small but intent group kept me company as I found my way to this. My source material was a tiny sketch I did in Oaks Bottom ten years ago. It was fun showing them how I do it. 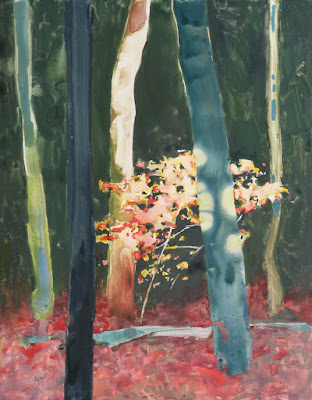 
This is an ambitious doodle trying to imagine in paint the beautiful sight I witnessed at Minto Brown a couple of weeks ago. Cloudy day and a gloomy forest, with a delicate sapling illuminated within the shadows. 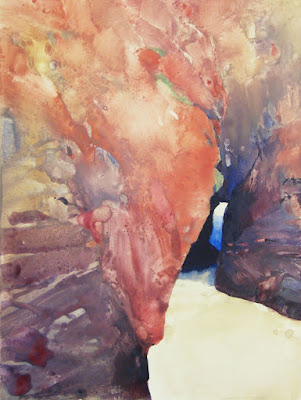 
From my visit to Bandon earlier in the month to retrieve my show from the Coos Art Museum. The southern Oregon coast is quite different from the north, less volcanic and 'softer'. More playground less existential seascape. Closer to California! 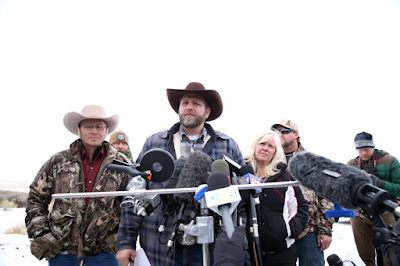 Nearly everyone I know is outraged by the acquittal of the armed invaders of the Malhuer National Wildlife Refuge last winter. The righteous entitlement of this group was utterly discouraging to hear. For 41 days the occupation was front and center in the news of Oregon and all of their time there was televised, tweeted, Facebooked or broadcast. That all were found 'not guilty' of every charge had the bitter sting of injustice. I immediately remembered the verdict of OJ Simpson and the breathtaking horror of him set free. It seems this just invites more right wing religious fanatics to claim what is 'theirs'.
Talk about White Privilege, this is classic.
It was so baffling and upsetting I figured there was more to the story. Indeed. Prosecutorial over reach. They had to prove a conspiracy and they couldn`t. Lesser charges probably would have produced convictions.


That the verdict of the Bundy group came as the peaceful protests at the Dakota Access Pipeline were being forcibly disrupted made the week ugly. 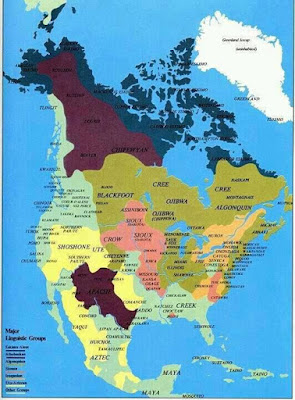 If you missed it, listen to Lawrence O`Donnell eloquently remind us exactly how we`ve treated the natives of our country, and what is at stake in North Dakota. 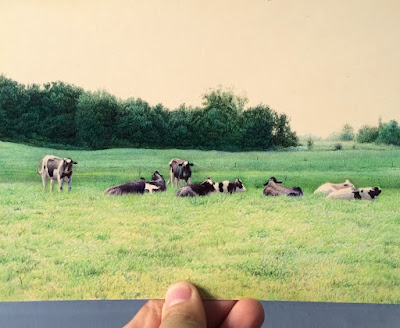 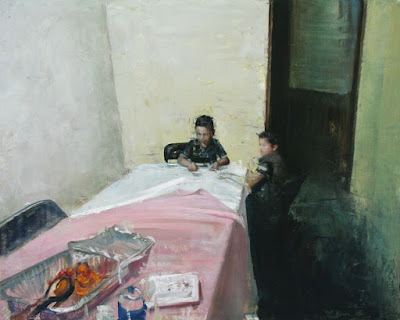 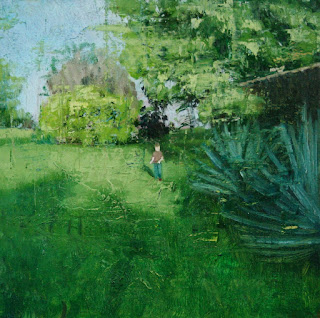 
Here`s a gifted artist for you, Nicolas Sanchez. This man is a virtuoso! Exquisite realism to expressionism. When artists of his caliber have such technical prowess, there is a risk of perfectionism. But his humanity leavens the work, the regard he has for his subjects shines through. Watch the video, he has an unusual take on success. 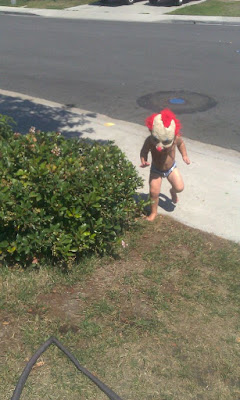